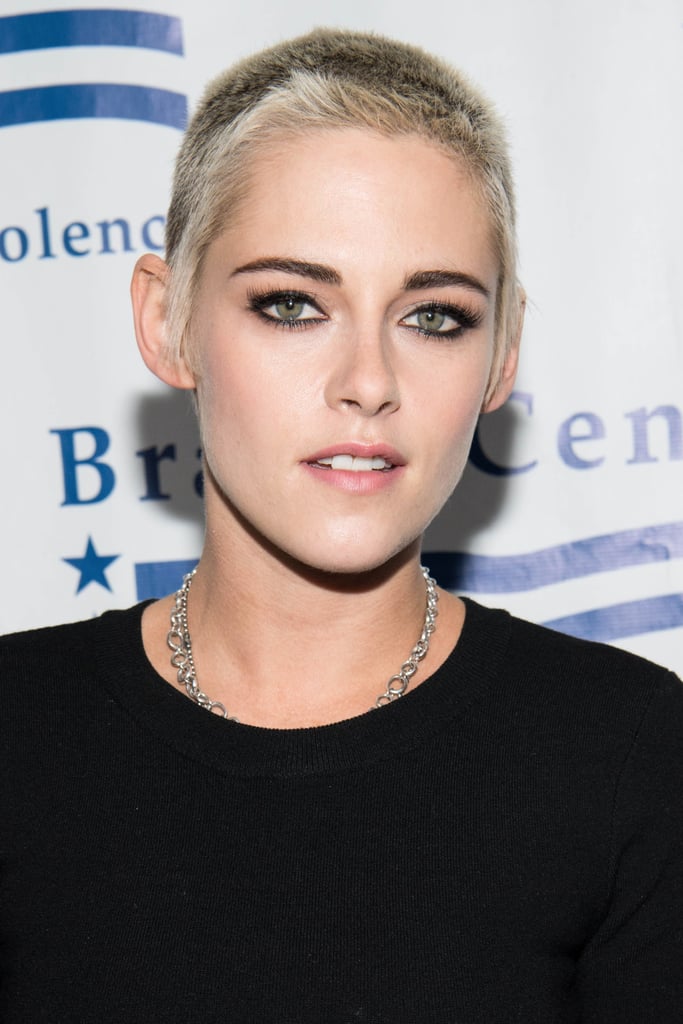 No matter the month, when I look at Kristen Stewart's new hair, it feels like it's gonna be May. For the past month, the actress — who made bleached buzz cuts a thing back in March — has been seen everywhere from Paris to LA sporting a decidedly new 'do. Kristen's Pinterest style board (a thing I just made up but now need to see) must be filled with images of Justin Timberlake and Lance Bass, because she has frosted tips now.

My real hope is that Stewart just got cast in a JT biopic and this is all for the role. The actual explanation is that her brunette roots are growing out, which gives the optical illusion of frosted tips. It's an unexpected but pretty damn chic way to transition out of a buzz cut. And since she's one of the only mainstream stars to have made such a drastic chop, we're so excited to see how her grow-out process works.

So if you're bold enough to follow suit, take note that you'll probably look like Nick Carter for a bit when the bleach starts to fade. But since we seem to be living through the second coming of frosted tips, it seems as if Backstreet's back. All right!