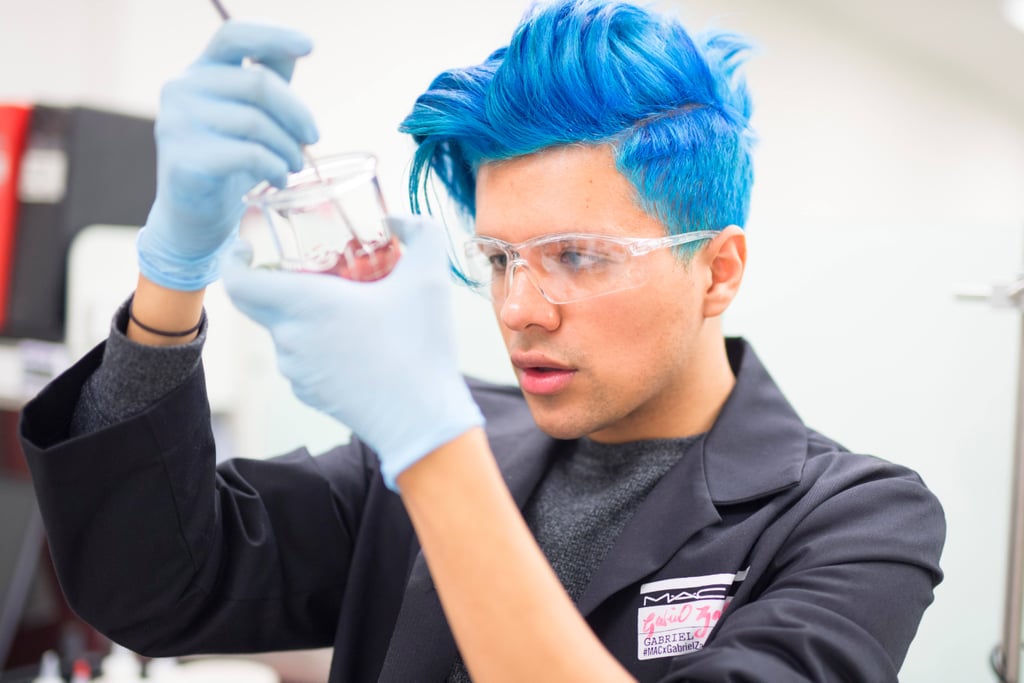 If you take a look back at MAC's collaboration histories, you'll see that among big names like Lady Gaga and Zac Posen are up-and-coming artists, be they in the fields of fashion, music, or makeup artistry. That's why I wasn't surprised that when the brand announced its upcoming 10-piece lipstick collection designed by influencers (which POPSUGAR exclusively revealed earlier this year), MAC's team had selected a healthy mix of 10 world-famous and under-the-radar beauty pros.

According to Catherine Bomboy Dougherty, the senior vice president of public relations at MAC, that progressive attitude is in the very foundation of the brand. "It's what MAC was built on," she said in an interview with POPSUGAR.

The ideology of "all ages, all races, all sexes" is built into MAC's credo, but I'd believe that "all things chic" is written between the lines of that mission statement. I went on a press trip to MAC's official labs in Toronto to meet them and witness the creation of their bespoke lipsticks, so I can vouch that the 10 influencers selected exude an effortless sense of cool. But more importantly, they really know what they're talking about when it comes to makeup.

I viewed all the different levels of the formulation process, which included mood boards, essays about the ideal color, and hand-mixing pigment in a cosmetic chemist's lab. Each person creating their own lipstick was absolutely fastidious, often adjusting tones by practically invisible fractions to craft their perfect shade.

The perfect shades themselves surprised me. All but one of the influencers created their own variation of nude lipstick. The outlier chose red, which she would have liked to name Vic Woo (a combination of her own name and the iconic MAC Ruby Woo lipstick). I had expected the punchy, rainbow hues that many of them wear on their social channels, but when it came down to it, they simply wanted their neutral lipstick dreams realized. I totally respect this. The tones shifted from deep to light, cool to warm, and matte to sheer. While some may look similar to the naked eye, I saw firsthand that many of the amateur chemists had women of a wide range of skin tones test out their shade as they mixed them. It was clear that they wanted their formula to work well on a variety of skin tones.

"That's one of the reasons why we have such amazing respect for them," said Bomboy Dougherty. "They are really well-versed on the products, the textures, the finishes, the ingredients, the undertones." She laughed as she added, "I felt like when we were working with these people that some of them know our product better than we do sometimes."

That understanding of MAC formulas comes from the influencers' long relationships with the products, be they personal or professional. A lot of them started out as makeup artists before shifting their attention to social media. In fact, Samantha Ravndahl — known as @ssssamanthaa to her 2.4 million followers on Instagram — worked at a MAC counter in her early days of makeup artistry. "Our artists at the brand were so excited that we chose her," revealed Bomboy Dougherty. "She's part of that community and our artists internally really support that."

Sadly, you'll only be able to buy the colors made by your country's corresponding influencer(s). For example, if you're based in the United States, you will have shopping access exclusively to Gabriel Zamora and Laura Lee's lipsticks, while Brazilian MAC fans can just get Victoria Ceridono's shade. But believe me when I say that all 10 of these individuals are worth getting to know. Read on for more insight into their creative processes, including their fantasy names for their shades (which include inspiration from Disney princesses, furry friends, and their fans) and a glimpse at the shades before they launch later this year.