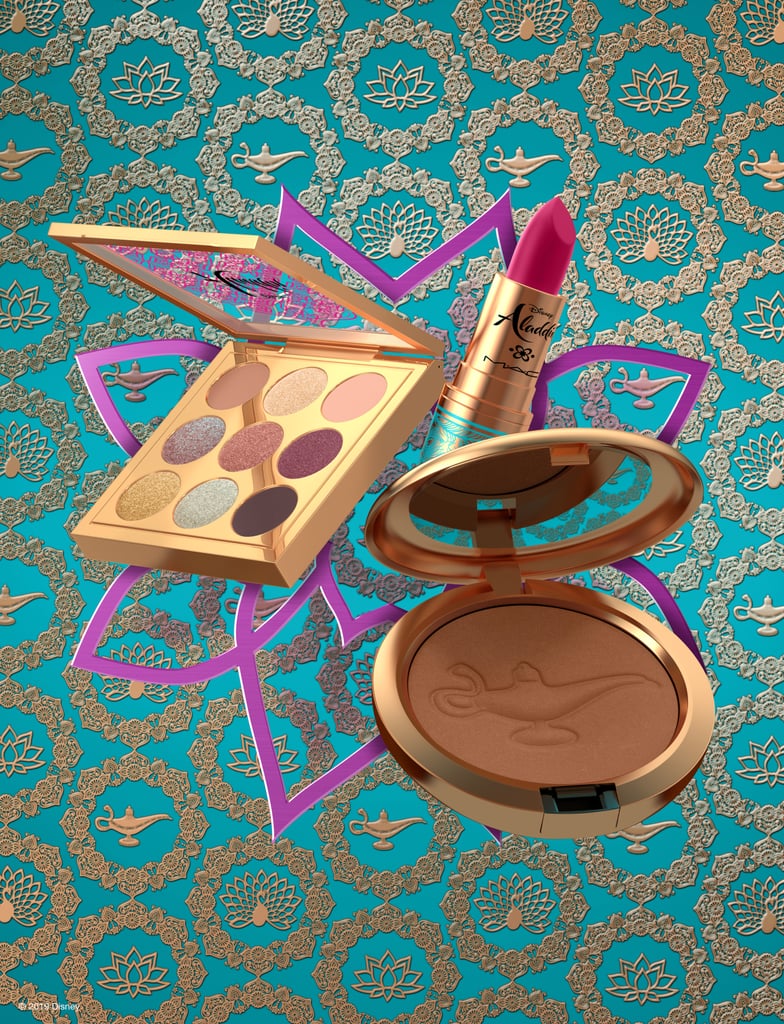 In a collaboration so fitting it seems dreamt up by Walt Disney himself, MAC Cosmetics is releasing a collection inspired by the forthcoming live-action film Aladdin. The playful limited-edition collection consists of several lipsticks, lip glosses, a nine-shade eye-shadow palette, blush, eyeliner, and bronzer — which, by the way, has a magic lamp embossed on it.

This comes after MAC previously released a collection for the live-action Cinderella in 2015, as well as a Disney villains collection in 2010. MAC has confirmed the entire range will be available on May 16, ahead of Aladdin's release on May 24. Check out the fun (and very strategic) collection ahead.

Related:
Benefit and MAC Cosmetics Are Teaming Up For a Powerful Reason
Previous Next Start Slideshow
Beauty NewsDisneyMAC CosmeticsBeauty ProductsMakeupAladdin

Beauty News
Move Aside, Rachel Green — Everyone on TikTok Wants the "Farrah Fawcett Flip" Hairstyle
by Jessica Harrington 8 minutes ago