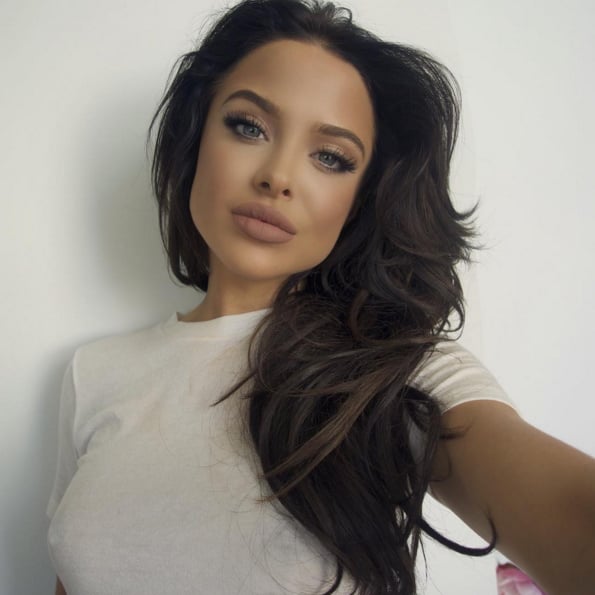 This Model's Resemblance to Angelina Jolie Will Blow Your Mind

Chances are, model Mara Teigen looks very familiar to you. As far as we know, she's not related to Chrissy Teigen, but like her, she has some impressive credentials to her name. You've seen her in advertisements for Milani Cosmetics and Frankie's Bikinis. However, there's a good chance you know Mara from Kylie Jenner's confusing lip gloss commercial — she was one of the foxy felons.

A closer look at her Instagram led to another revelation: she looks just like Angelina Jolie (and we think Mara thinks she does, too)! She's not the Academy Award winner's first doppelgänger, but the resemblance is truly striking all the same.

The model's light eyes are framed by winged-out lashes that closely mirror Angelina's, and they have the same forehead and pillowy pout. Mara especially likes to accentuate hers with Kylie Lip Kits. Read on, and prepare to see double.