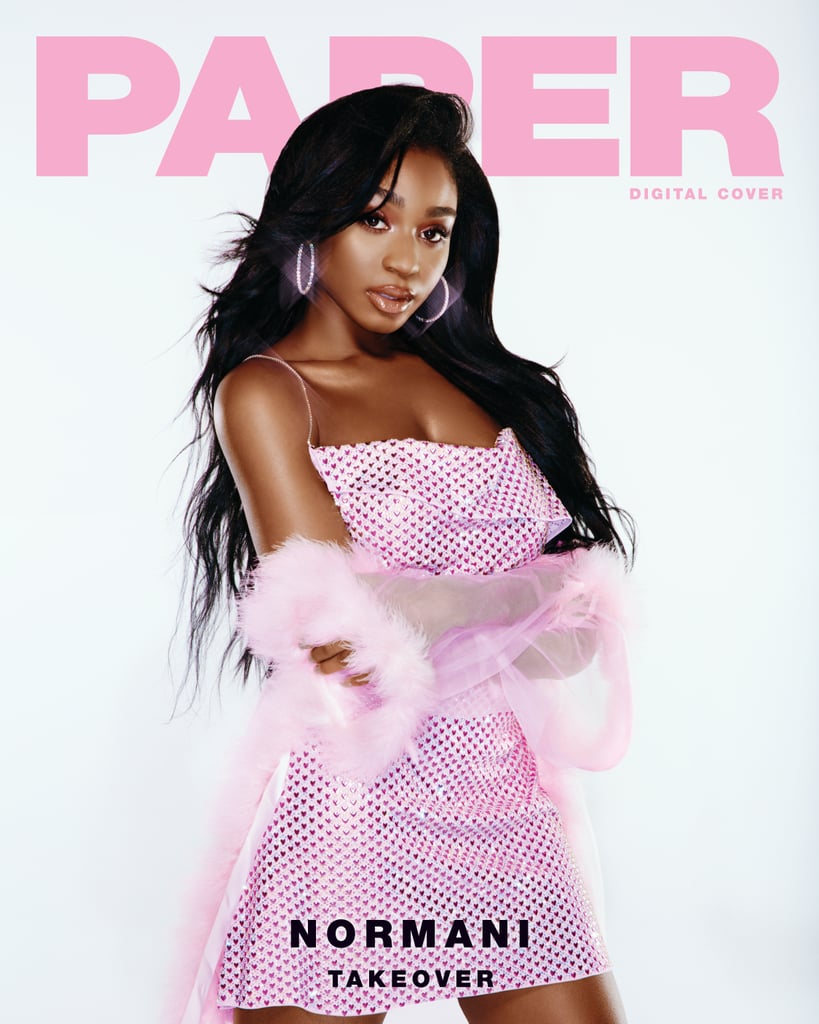 If you haven't already heard her collaboration with Khalid, or any of her massively successful songs with Fifth Harmony, you'll soon know Normani. Following the dissembling of the girl group earlier this year, the 22-year-old singer — full name Normani Kordei Hamilton — has been pursuing a solo career. Now, she's on the digital cover of Paper as part of the magazine's ongoing Takeover series, which will spotlight five women in the music industry.

The glamorous editorial sees Normani in looks reminiscent of 2000s pop stars, like Mariah Carey and Destiny's Child, with high ponytails, vibrant eye shadow, and a lot of lip gloss. Our favorite makeup look, however, might be Normani's neon green eyeliner, which stands out as a modern trend in the otherwise nostalgic editorial.

Normani also opened up to the magazine about how she developed her self-confidence at a young age, as reportedly one of the three black students in her school. "When I went home [after school], my parents always made sure that they told me I was no different, and they told me I was just as powerful and just as beautiful," she said. "I would ask questions like, 'Why isn't my hair this texture? I want my hair straight.' But they always instilled in me to love myself for all that I am."

Now, she hopes to help others build confidence through representation. "I posted this one photo with my Afro, with my natural hair, and so many girls were like, 'Oh my God, I never liked my curls, but you make me build up the confidence to build a selfie.' All because of one post," Normani said. "Simple things like that go such a long way and make such an impact in how people perceive and see themselves."

Lil Nas X
Lil Nas X Broke Out Over $50,000 Worth of Birthday Bling With His Diamond Manicure and Grillz
by Karenna Meredith 2 days ago

by Maggie Ryan 31 minutes ago