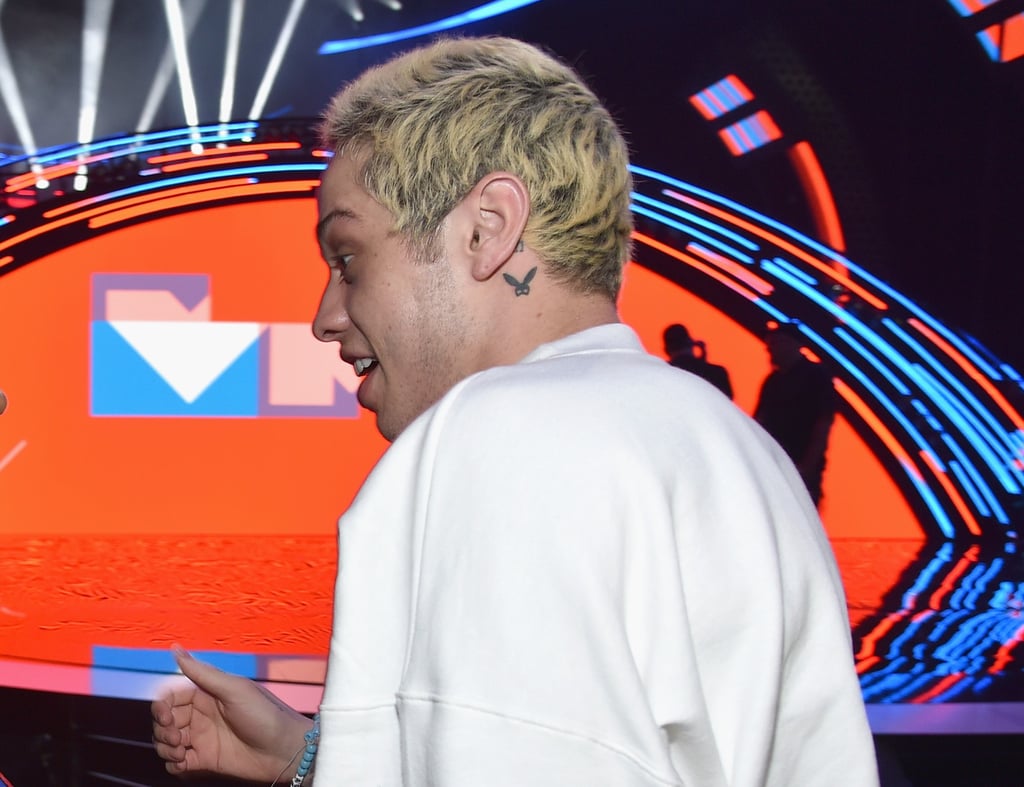 "I've Been Covering a Bunch of Tattoos," Pete Davidson Says After His Split From Ariana Grande

Pete Davidson made his first stage performance since his split from Ariana Grande on Saturday, and he couldn't help but mention the relationship in his set. The pair called off their engagement earlier this month, and while Grande's first public statement was to announce she was taking time off social media as she was "tryin very hard to keep goin [sic]," Davidson's reference was a little more irreverent and referenced the permanent reminders he now has of the relationship.

"Um, I've been covering a bunch of tattoos, that's fun," Davidson reportedly said. "I'm f**king 0 for 2 in the tattoo [department]. Yeah, I'm afraid to get my mom tattooed on me, that's how bad it is."

During their five-month relationship, both Davidson and Grande got numerous sentimental tattoos. Among these are the acronym "H2GKMO," which stands for "honest to God knock me out," apparently one of Grande's favorite phrases. They also have matching clouds on their fingers and the word "Reborn" on their thumbs, as well as matching tattoos saying "mille tendresse," and 8418 (Davidson's dad's FDNY badge number). Davidson also has a bunny ears mask on his neck, just like the ones Grande wears on the cover of her "Dangerous Woman" album. Finally, she has a "Pete" tattoo, and he has both "AG" and "Grande" ink.

Take a closer look at some of Davidson's many tattoos ahead.

Celebrity Instagrams
The Weeknd and Ariana Grande Have Another Collab on the Way, and We Already Have Chills
by Monica Sisavat 11 hours ago

Selena Gomez
Selena Gomez Just Got a Tiny Cross Tattoo, and the Placement Is Perfect
by Danielle Jackson 3 days ago

The Voice
As Ariana Grande Joins The Voice, Nick Jonas Jokes He's Rooting For Her to Beat Blake Shelton
by Kelsie Gibson 4 days ago