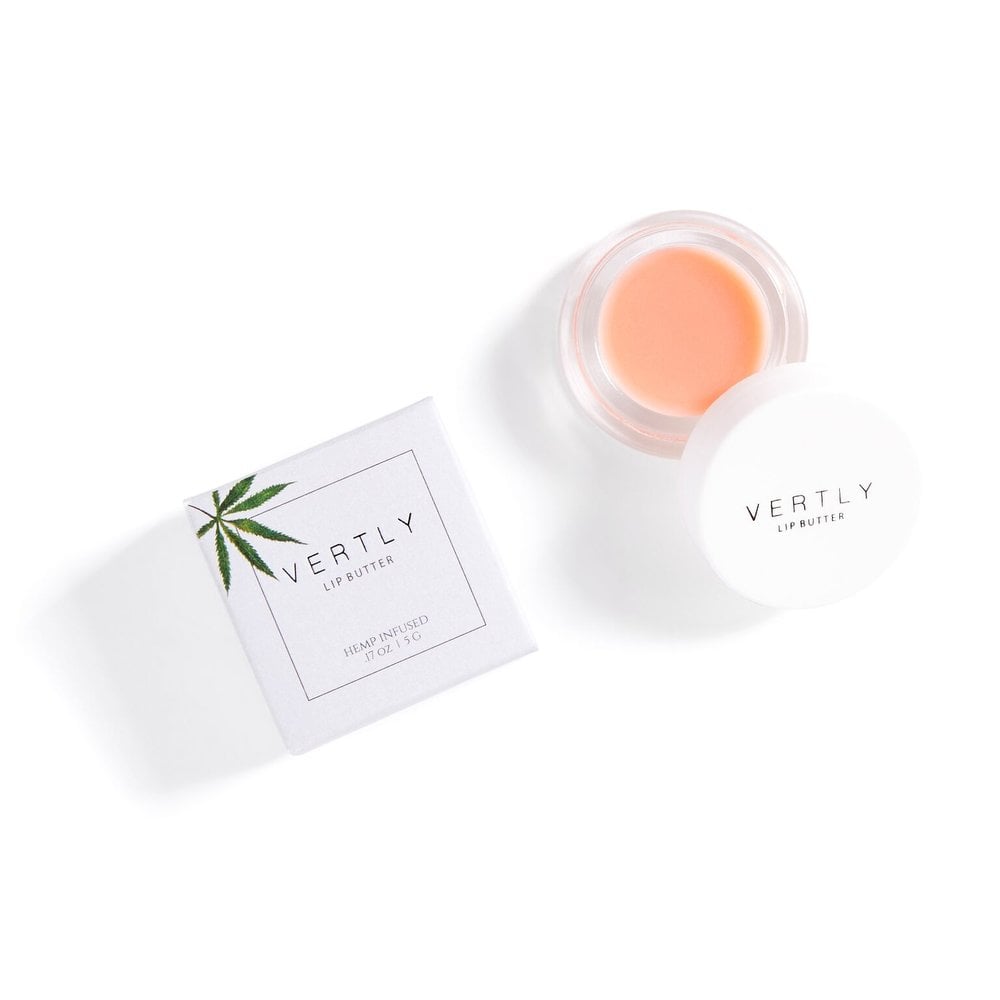 Let's get one thing straight: I am not "chill." I am just about every zany, problematic, 2000s rom-com female character wrapped up into one 22-year-old woman. I talk fast. I spill things. I swear. (Case in point: just last week, during an extremely zen rooftop meditation session underneath the f*cking solar eclipse, some wind blew my drink over and I had to bite my tongue to keep from yelling "SH*T!")

So at first I didn't think I was the right person to try Vertly, a new line of cannabis-infused lip balms. But before I puff puff passed the product on to a hipper colleague, I had the chance to speak with Claudia Mata, who founded the line. That's when I learned that you don't need to be Rihanna to enjoy this product — in fact, Claudia started Vertly with weed virgins in mind.

Claudia worked as a fashion editor in New York for 10 years and told me that she "didn't experiment" with cannabis until she met her husband, Zander. His parents work in the California marijuana industry, and when the couple moved West, they decided to take up the family business. Claudia enrolled in classes at "Oaksterdam University," where she learned that "cannabis has more than a psychoactive effect. The reach is greater — there is a wellness aspect of the plant."

The mother of two quickly discovered that the misconceptions about weed were stopping people from using a plant that is proven to ease anxiety. "No one would question a mother drinking a glass of wine in front of her two children," Claudia argued. She believes the same should be said about cannabis lip balm: "It shouldn't have a different connotation. It's from the Earth."

In fact, instead of reaching for your Pinot the next time you feel a headache coming on, Claudia recommends rubbing Vertly on your temples. Her prescription even extends to pregnant women. "I do not have an issue telling people to use CBD when they're pregnant," she said. "It's such a small dose, and CBD is found in broccoli and kale." (That said, if you are pregnant, please talk to your doctor before using this product.)

I tried this hack during my last heat headache and found that when combined with drinking a sh*t-ton of water, it did make me feel much better than a pain reliever would. And it worked twice as fast. 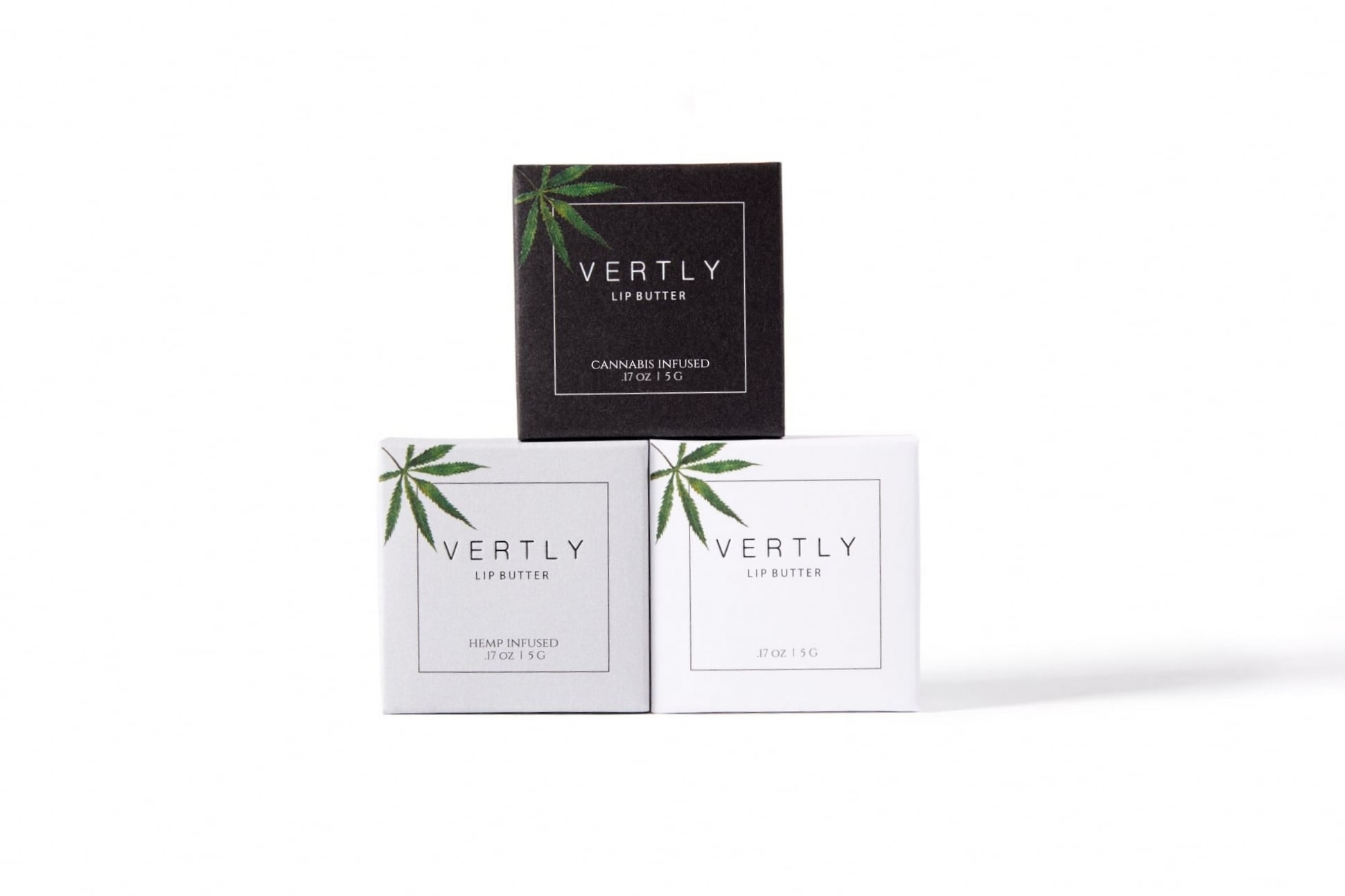 Vertly offers three varieties of lip balm: hemp-, CBD-, and cannabis-infused. Claudia explained the difference to me as PG, PG-13, and R-rated, respectively. Due to drug laws, the R-rated offering is only sold in California dispensaries.

The "PG" Vertly Natural Butter ($17) is as sweet as a child-friendly Disney movie. I found that it left my lips sleek for over a day. I'm sightly addicted to reapplying balm, but Vertly only needed one application. I've had a sample of this balm for over a month, and over time the natural, plant-derived formula broke down beautifully in its container. Even though the balm melted slightly into congealed chunks, it still glides gracefully over my mouth and makes excellent lipstick primer.

"No one would question a mother drinking a glass of wine in front of her two children. Cannabis shouldn't have a different connotation."

But it was the "PG-13" CBD-Infused Butter ($20) that made me a Vertly convert. This balm smells exactly like that edible you were convinced to eat that one time in high school but thankfully doesn't elicit the same fading effects. Due to its peppermint fragrance, I owe at least one makeout session to this balm. A few weeks ago, I leaned in for a very chaste kiss goodnight that left my boo thing leaning in for more. He said it reminded him of cookie dough ice cream.

Everything from sticky glosses to heavy mattes agreed with this balm, and there's absolutely zero smudging of either. I've found that oily lacquer lipsticks like Too Faced Melted Latex ($21) work especially well with the butter.

Aside from all that, and perhaps more importantly, there's been a marked change in my personality since trying Vertly. I've always been an emotional lady, but in an effort to be the best me, I'm trying to loosen the heck up. I'm exercising more and using my phone less (which sounds like rejected lyrics from "Hotline Bling.") I even decided to stop taking my birth control a few months ago, because I was freaking out every five seconds. Since using Vertly, I've noticed that I've become calmer and more levelheaded. My anxiety is completely gone — except when I accidentally read Game of Thrones spoilers.

Last weekend, while texting one of my friends, I used the acronym "DGAF" in reference to myself, and it was probably the most freeing moment of my life. (The old, anxious me gives lots of f*cks — too many f*cks.) This is probably due to a combination of my lifestyle changes, and not just one lip balm, but it's still exciting to see a buzzy product deliver on what it's supposed to do.

Any cannabis products referenced above are not intended to diagnose, treat, cure, or prevent any disease. The writer is not a medical doctor, and their experience is based on personal use, the results of which may not be typical or intended. The legality of cannabis products varies by state, and readers are encouraged to check their local laws before purchasing and using cannabis products. Nothing in this article should be construed as advice regarding the legal status of cannabis products. Any views expressed in this article by a third-party sponsor are those of such sponsor, and do not necessarily represent the views of POPSUGAR.
Beauty NewsBeauty ShoppingBeauty ProductsSelf-CareLip BalmMarijuana 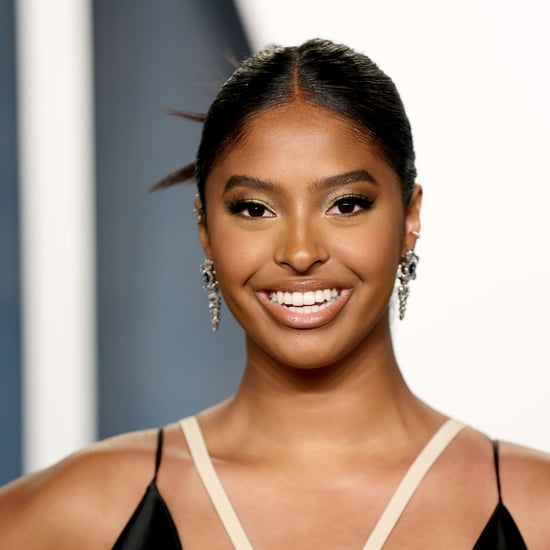 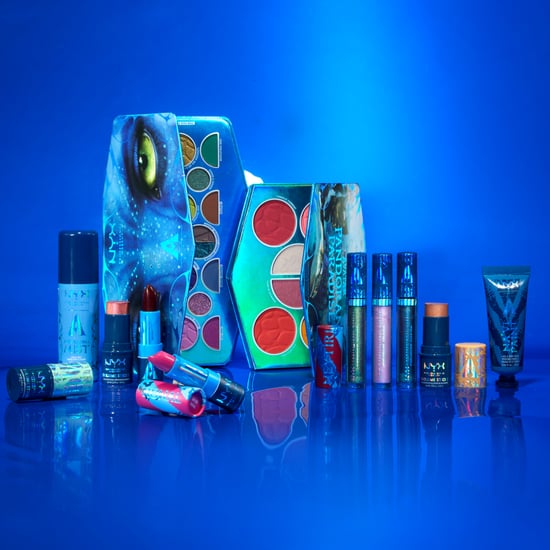