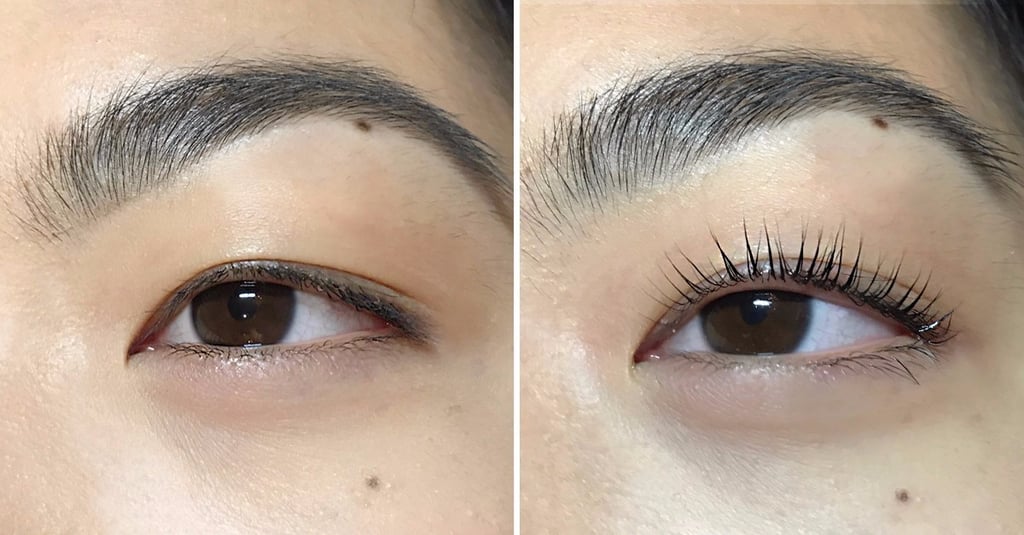 I Got an Eyelash Perm, and Holy Sh*t — the Hype Is So Real

My eyelashes and I have always had some beef. While I lust after long, wispy lashes, they're short and naturally straight, and they refuse to stay curled for more than an hour at a time. I've tried my fair share of solutions — fiber mascaras, growth serums, and pricey mink falsies, for example — but they all felt like a chore to apply. After trying them all, it started to look like eyelash extensions were my only hope.

But no matter how many Yelp pages I combed through and sketchy Groupons I narrowly stopped myself from buying, I couldn't justify the cost and upkeep of extensions. I was prepared to accept a life of subpar lashes, but then something seriously magical happened: I discovered eyelash perms.

Like the name would suggest, an eyelash perm is a chemical treatment that adds a semipermanent curl to your lashes for weeks — even months! — at a time. Think of it as a mini version of the hair perm your mom sported in her glory days, sans regretful throwback photos. You may also see this process referred to as a "lash lift," and the correct terminology depends on the curl you choose. While extensions can easily run you over $200 and require touch-ups every three to four weeks, both perms and lifts are usually under $100, and the amount of maintenance is completely up to you. I was lucky enough to stumble upon Gigi of Mai Lash Bar (a true hidden gem in NYC) and paid a cool $65.

I now have two treatments under my belt, and to say they have been anything less than life-changing would be an insult to my newly reborn lashes. I've become fully confident going mascara-free when I'm in a rush and, to be honest, just feel prettier in general. Best of all, I haven't touched a lash curler in over 12 (yes, literally 12) weeks! To see why I'm never turning back, read on for the full low-down on every step of the process, plus photos and tips.

The only thing you need to know is to arrive at your appointment with naked lashes. We all have places to be, so it's OK if you're coming from work with mascara-coated lashes (it will be removed pre-treatment), but it makes the entire process smoother and faster. As soon as you lie down on one of the comfortable massage tables, the *transformation* can begin.

Related:
What It's Like to Wear "Mermaid Lashes" For 3 Weeks

From beginning to end, a perm or lift is completed in seven-ish steps and lasts approximately 40 minutes. It goes a little something like this:

Healthy Living
I'm the Healthiest I've Ever Been, but You Wouldn't Know It From the Scale
by Avery Johnson 2 hours ago

Makeup
Jessica Debrah on Launching Her Brand: "I Wanted to Make a Difference in the Beauty World"
by Kelle Salle 8 hours ago