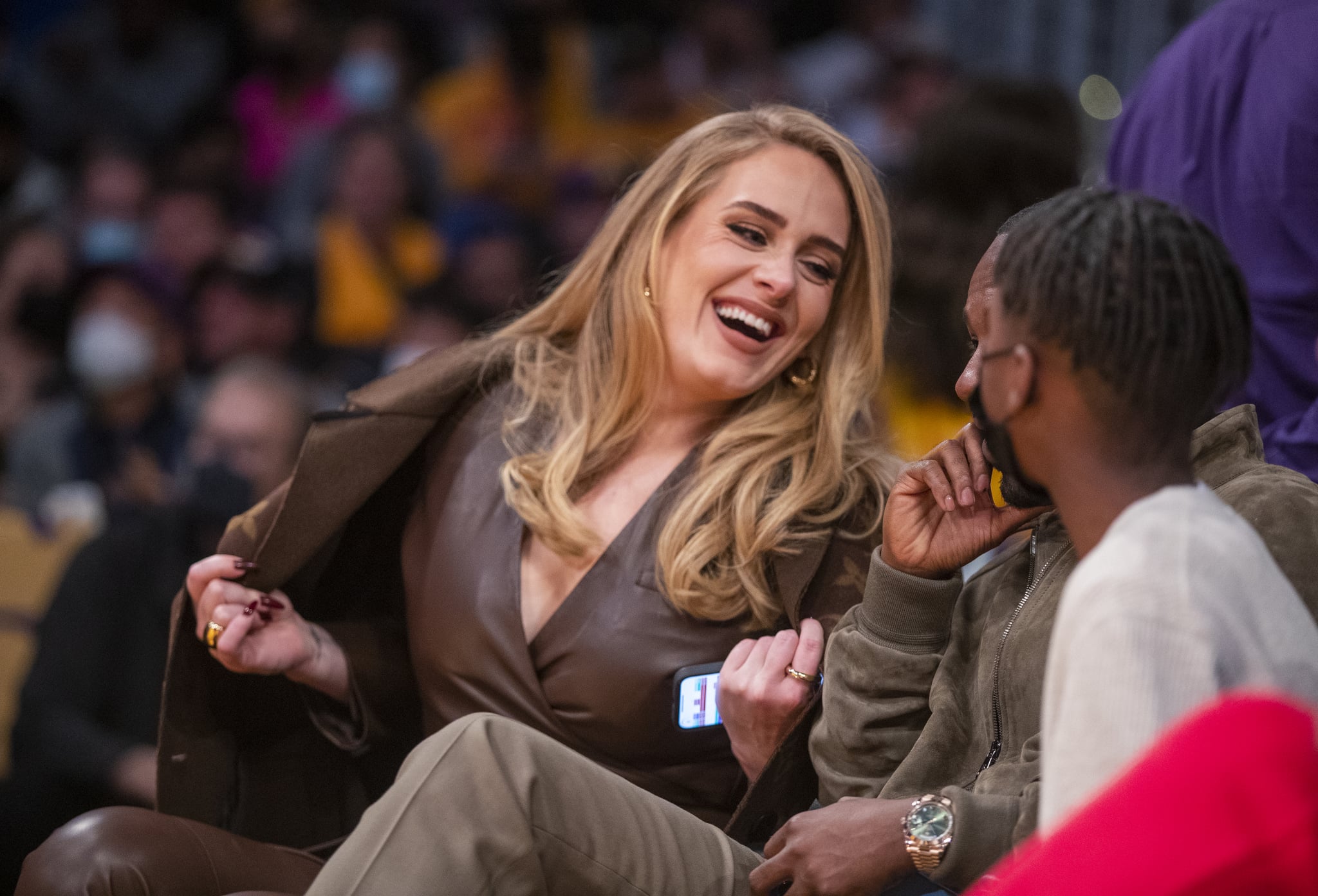 On Nov. 15, the primetime special Adele One Night Only aired on CBS. During the 90-minute exclusive interview with Oprah Winfrey, the singer performed not one but four of her hit songs — "Easy on Me," "I Drink Wine," "Hold On," and "Love Is a Game" — and she did so while also giving us a little peek at her never-before-seen Saturn tattoo. Dressed in a floor-length black gown, Adele accessorized her look with gold dangly Saturn earrings, which matched her black-ink forearm tattoo beautifully.

Upon closer inspection, the planet design appears to have a detailed picture of Los Angeles inside of it, complete with palm trees. Adele has a collection of seven known tattoos, and many of the designs hold a special meaning to her. The Saturn tattoo, which she's rumored to have gotten in 2017, is a reference to her Saturn return.

Get a look at Adele's Saturn arm tattoo and watch her performance below.