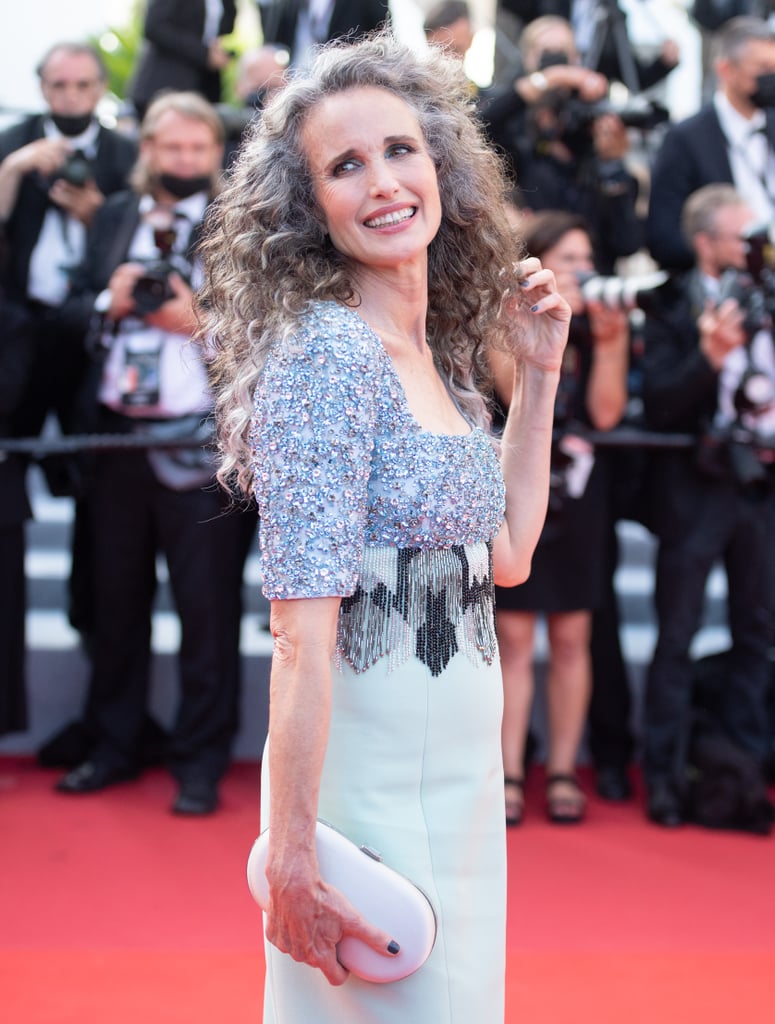 Life amid a pandemic changed many people's beauty routines, including Andie MacDowell's. The actress (known for her iconic curls) used the past few months to experiment with her naturally gray roots. This past week, MacDowell brought her salt-and-pepper style to the red carpet for the first time at the Cannes Film Festival. She previously revealed that her kids encouraged her to embrace the color, and we're thrilled they did.

Earlier this year, MacDowell gave a little backstory on her hair evolution during a Drew Barrymore Show interview. When she stopped coloring her hair, her daughters, Margaret and Rainey Qualley, told her she looked "badass" with silver streaks at her roots. Their excitement gave MacDowell confidence to become a "silver fox" at age 63. "It's not that I'm letting myself go, I don't think of it that way," she emphasized. Instead, she's reveling in a new experience for the time being. "I don't know what's going to happen in five years, I may color my hair again, but I'm enjoying it right now."

See more photos of MacDowell's glamorous gray hair at Cannes in the photos ahead.