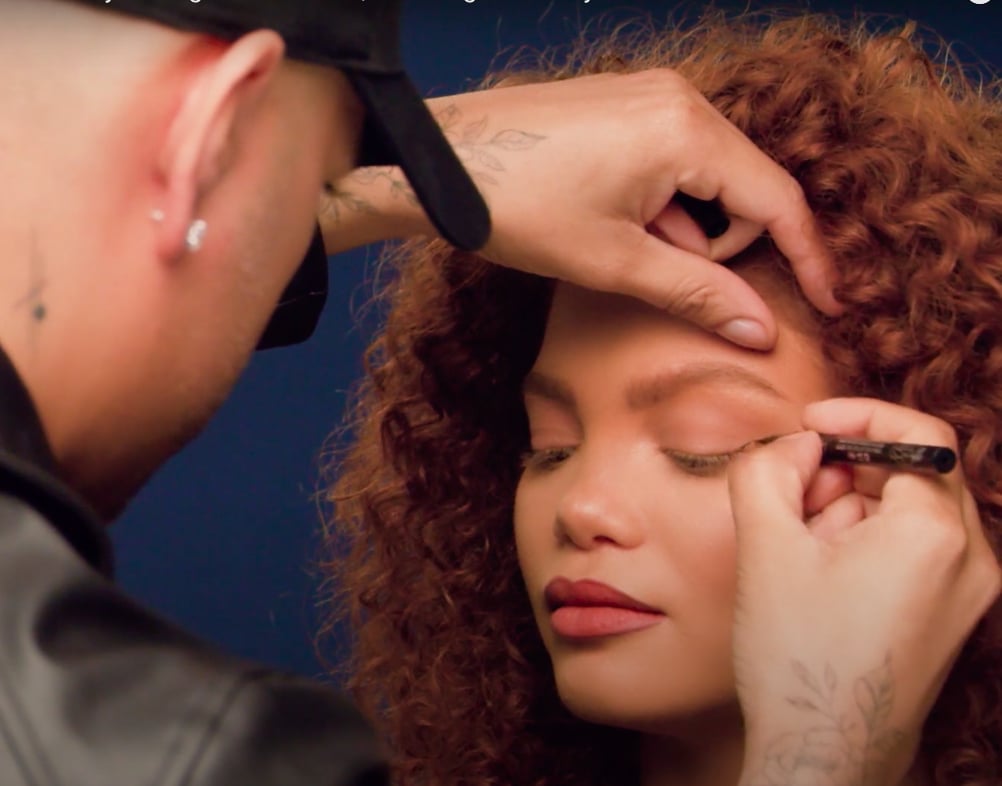 What is Ariana Grande known for? Other than her voice, of course, it's her iconic, extralong, high ponytail and dramatic, sharp-as-a-knife cat eye. Over the years, its become her signature beauty look, so much so that you rarely catch her without it — save for a few no-makeup selfies snapped from the comfort of her home.

Of all the makeup skills out there, winged eyeliner — or really any liner look, for that matter — is considered the hardest to master by far. We blame it on the symmetry. That's why when done right, the makeup look stands out above everything else; it takes serious skill to execute.

To dub celebrity makeup artist Daniel Chinchilla the eyeliner king doesn't even begin to encompass his talent. That's why Grande, among other big-name celebrities, have designated Chinchilla as their go-to makeup artist, making him responsible for some of the most iconic eye-makeup looks to date. As if that title weren't enough, Chinchilla has also just been named brand ambassador for KVD Vegan Beauty in celebration of the brand's award-winning Tattoo Liner's 10th birthday. (Like we said: eyeliner king.)

Eyeliner is just Ariana's thing, she loves a cat eye. In the beginning, it was a little more natural, and as time went by, we just went with it and kept pushing it to give her a very iconic wing look.

Chinchilla started doing makeup about 20 years ago but only started working with Grande about seven years ago after being introduced to her by her backup dancers "The Twins," whom he was neighbors with at the time. Still, no one creates a Grande-level cat eye overnight — in fact, the singer's signature look took years to develop. "Eyeliner is just Ariana's thing, she loves a cat eye," said Chinchilla. "In the beginning, it was a little more natural, and as time went by, we just went with it and kept pushing it to give her a very iconic wing look. It was something that was gradual but is now something she's known for."

Practice makes perfect, and that's all the more reason to hone in your own eyeliner game right now. With these tips from Chinchilla, you'll be on your way to creating the perfect cat-eye makeup look on yourself at home in no time.