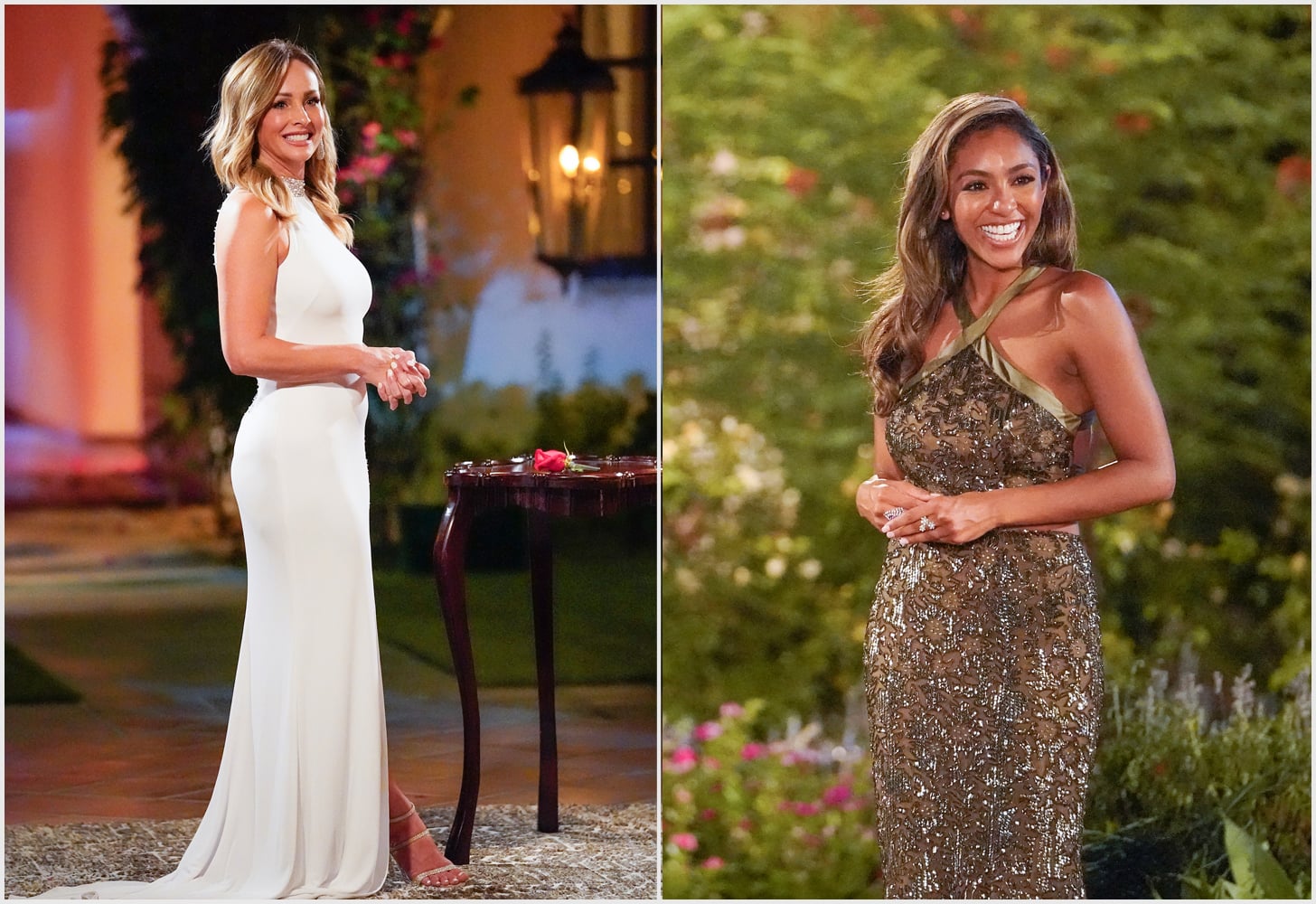 Multitasking has become the unofficial poster child of the pandemic. Homeschooling while working full-time? Check. Remembering to eat, sleep, and breathe in between all that election stress? Double check. If you've been using this season's The Bachelorette as a form of reprieve from it all — like so many people have been these days — the plot twist here is that, even in this case, you'll have to adjust your allegiance from Clare Crawley to Tayshia Adams.

In what Chris Harrison would surely deem the Most Dramatic Outcome of All Time (and after many rumors), Adams officially replaced Crawley on the Nov. 5 episode of the series. Still, for the show's longtime makeup artist Gina Modica, flexibility and change have always been integral parts of the Bachelor franchise. But it did require her switching gears behind the scenes when it came to their beauty looks.

"I've known Clare for years now; I did her makeup for the proposal on Juan Pablo's season of The Bachelor," Modica told POPSUGAR. "She was very easy to work with, but she prefers her makeup very clean and natural. She doesn't like too much fuss, and I think we came to a great middle ground that she was comfortable with."

"It was so much fun having two women with two completely different approaches on the looks they wanted."

On the opposite end of the spectrum: "Tayshia loves the glam," she said. "She loved trying new looks and playing with different colors that went outside of her comfort zone. For Tayshia, it's all about the eyes. Her eyes are very striking. Even if we didn't play them up, they were still the first thing that hit you. I loved working this season — it was so much fun having two women with two completely different approaches on the looks they wanted."

As for keeping it all in place through lip-locks and outdoor dates? Well, Modica always has a few tricks up her sleeve. 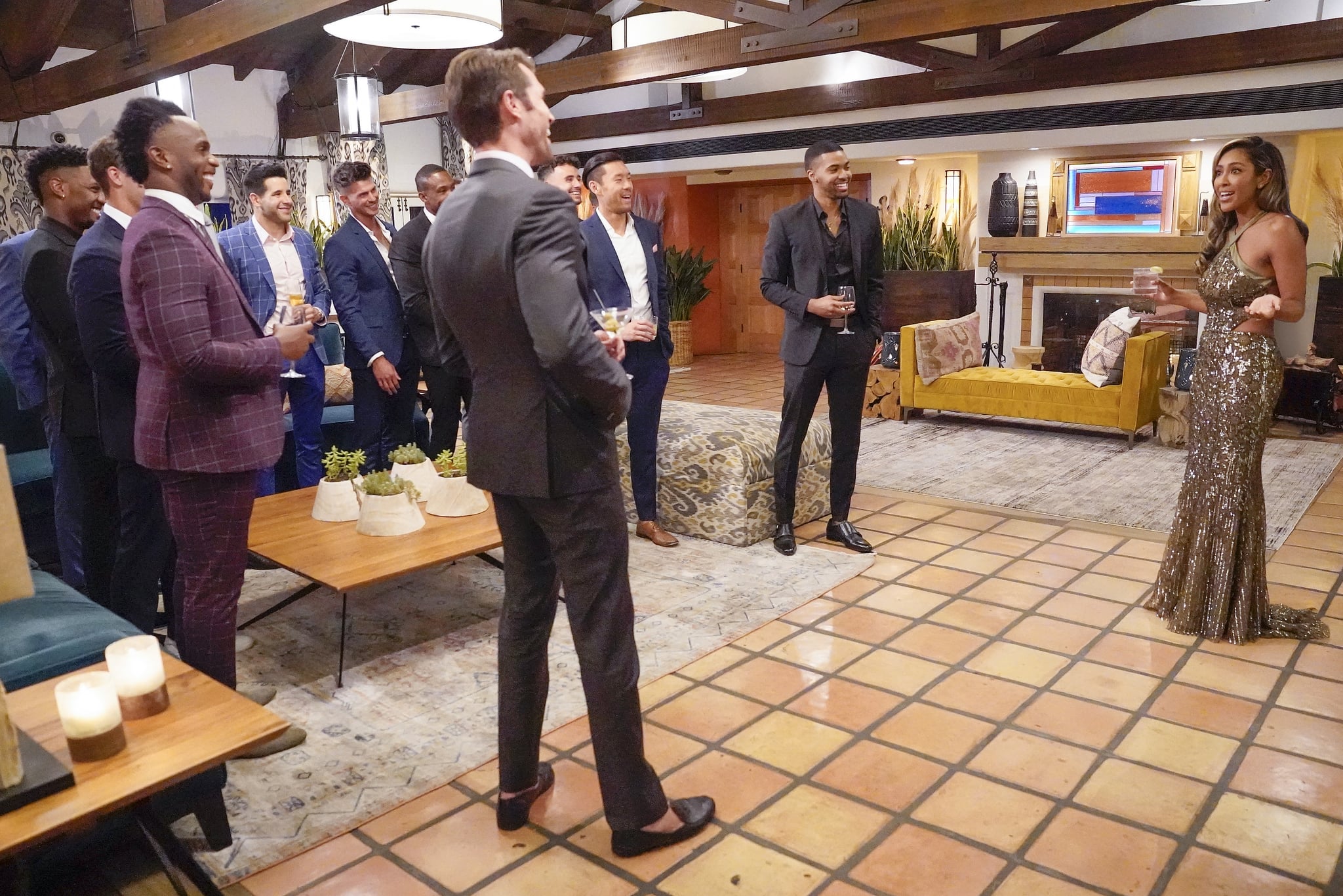 The Secret to Budge-Proof Foundation, Every Time

Anyone with sweat glands knows it's hard to look hot when the weather is, well, hot. But when you're in front of millions on TV, finding products that stand up to the humidity is critical.

"We shot in Palm Springs, where it was between 100° to 120° every day," Modica said. "Luckily for me, Tayshia loved the hot weather, so a little perspiration didn't bother her. For her makeup, because I'm used to working in crazy weather — whether it be freezing cold or ridiculously hot and humid — I went to my favorite products that I know hold up."

The biggest staple she swears by season after season is the Temptu Perfect Canvas Foundation ($48). "It has been one of my favorite foundations for years because it's so versatile. I have many other foundations that I love; it just depends on what the shoot calls for. Temptu is best for a long-lasting finish, especially with the different elements that I'm always having to work with on the show, like the heat this season."

After she's laid the base, she recommends spritzing on the Glycelene Seatox Mist ($70), which is "great for setting the makeup after you're done and also for rejuvenating the makeup after it's been on for hours." Another secret? Hands off after application. "Tayshia was really good with not touching her face after we did her makeup, which is the trick for keeping makeup in place, especially when it's really hot and humid."

While Modica has been working on the show since the very beginning, there's one beauty woe she's yet to solve: lipstick that outlasts many a makeout. "It's been years that I've been doing this, and I still have not found a lipstick that is truly kiss-proof," she previously said. Instead, she reaches for lip liner and stains, but "even they wear off after a while — especially with the amount of kissing we do on our show. That's why I like to keep the lipstick shades we use in the neutral color family."

One winning combo that Modica used on both Crawley and Adams that held up exceptionally well on "long shooting days": Ambreesh Cosmetics 25K Liquid Lipstick ($19), which is long-wear and waterproof, and the Steve Laurent Lip Liner. "The shade Vogue ($15), a cool-toned tawny, was one of Tayshia's favorite lip liners," she said. "It went well with everything."

While this may only offer a glimmer of what you can expect in the impending episodes of Adams as the show's Bachelorette, it does confirm one thing: there will be no shortage of kissing. That much we can count on to never change.