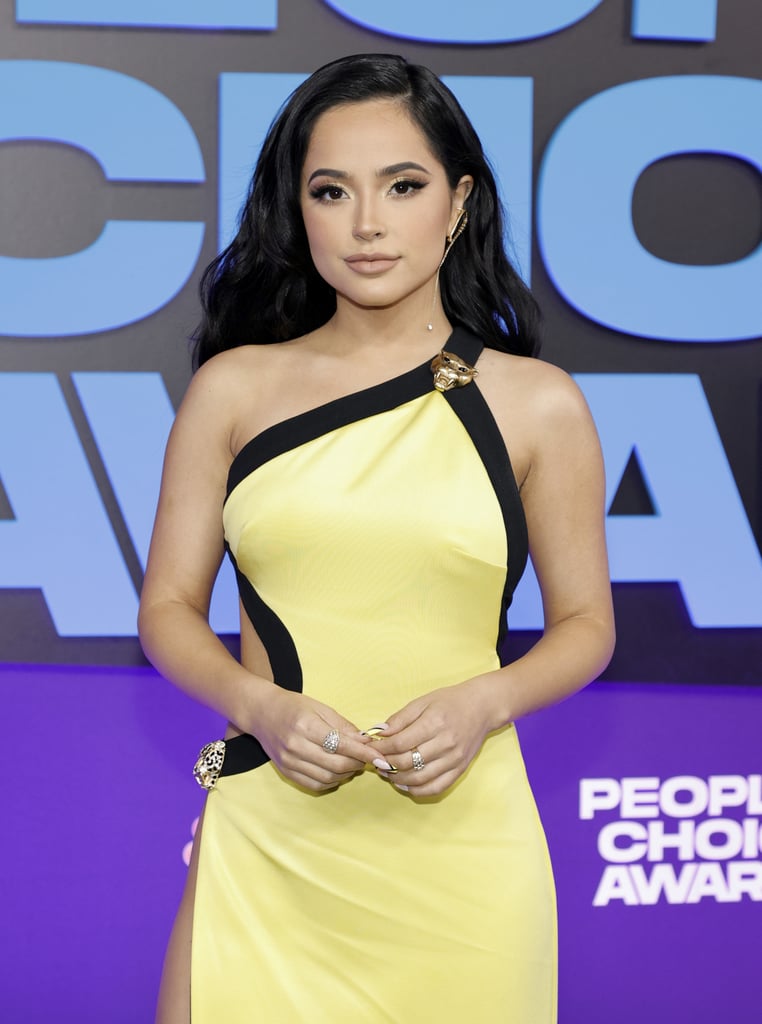 If You Loved Becky G's Yellow Cutout Dress, Wait Till You Zoom In on Her Matching French Manicure

Many celebrities showed up to this year's People's Choice Awards dressed to the nines, but no one did it quite like Becky G. The singer and Treslúce Beauty founder, whose full name is Rebbeca Marie Gomez, stunned in a daring Roberto Cavalli ensemble and needless to say, her glam squad understood the assignment. Hairstylist Glen Coco and makeup artist Deanna Paley played up the star's black hair with loose waves featuring a deep side part and a shimmery cut crease, respectively, but there was one detail that we couldn't help but notice that pulled the look together: her french manicure.

Zoom in and you'll notice Gomez's nails matched her ensemble perfectly. Celebrity manicurist Patty Gamez, said her inspiration for the style came from seeing a picture of Becky G's dress — and then flipping the picture upside down. The absolutely genius hack resulted in Gamez starting with a long coffin shape and baby pink base color, and then breaking up the traditional french "smile line" by tracing a thin black line along the top edges of the nails. She then filled in the negative space with a yellow hue that perfectly matched the dress. The result? The most unexpected twist on the classic french mani we've seen.

Get a closer look at Becky G's nails as well as her entire People's Choice Awards look, ahead.