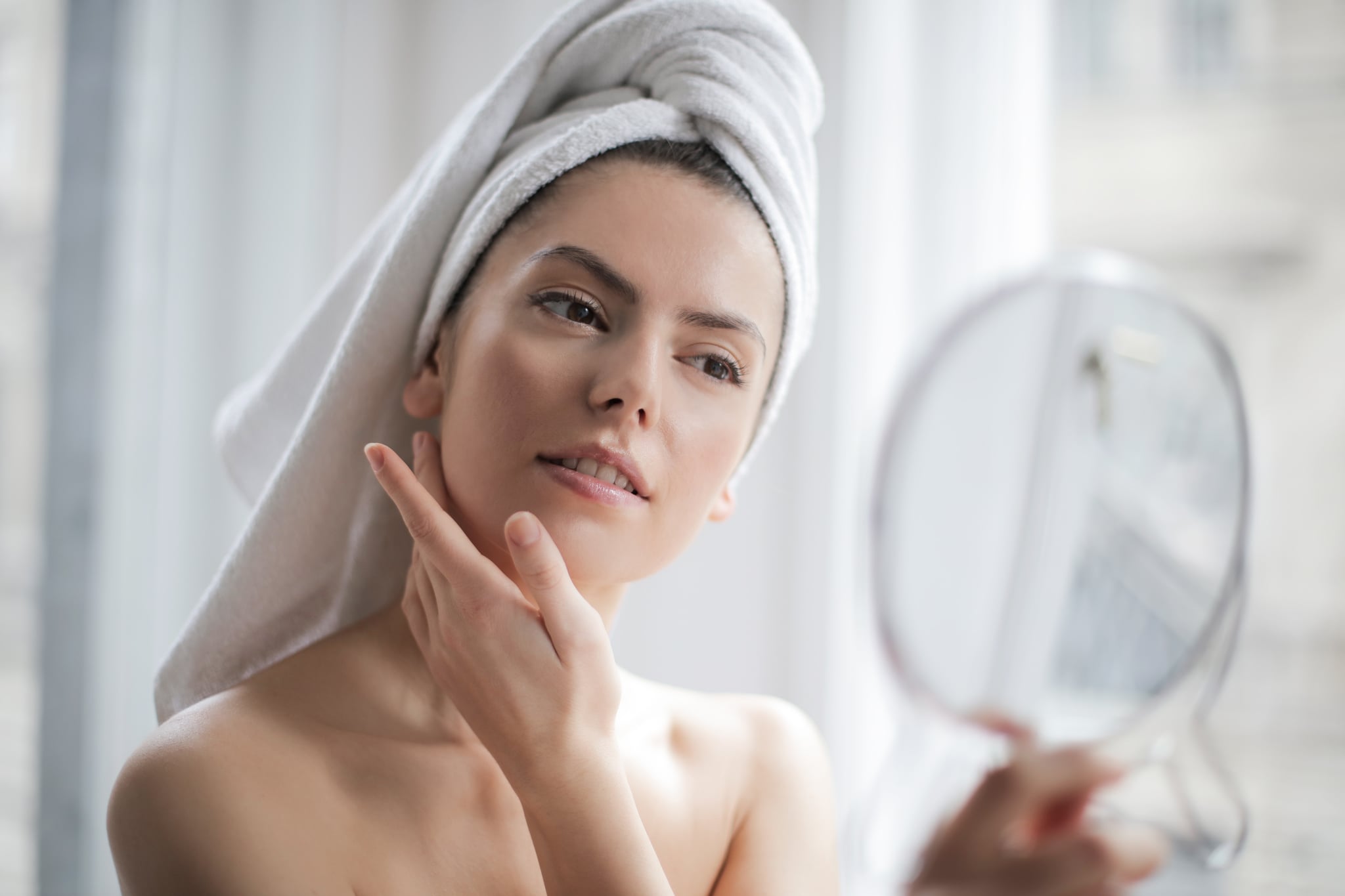 Over the past few years, witch hazel has garnered something of a cult following, with many people praising the ingredient for its supposed anti-inflammatory, pore-minimizing, and acne-reducing benefits. In case you're unfamiliar, witch hazel is a plant that grows in North America and Asia, and its leaves and bark are often used to create topical products like toners and ointments that many have incorporated into their daily skin-care routines.

But as far as expert opinion is concerned, the research on whether or not the popular ingredient can work wonders for the skin is mixed. For that reason, we talked to celebrity facialist Candace Marino for a little guidance on just what exactly witch hazel can do for your skin.

"I like to leave it for acute use — like bug bites, sunburns and scrapes — and avoid using it as a daily skin-care step."

"Witch hazel as an ingredient in addition to others inside a product formulation is fine, but I'm not an advocate of long-term witch hazel use as a stand-alone product," Marino told POPSUGAR. "I know many use it as a toner and claim it helps with everything from acne to pore size to puffy eyes, but because of its chemical compound and the way it's formulated, I like to leave it for acute use — like bug bites, sunburns and scrapes — and avoid using it as a daily skin-care step."

According to Marino, the reason why witch hazel isn't recommended for daily use is because of its high tannin content, which are the ingredients found in the skin of some fruit or plants. They're the reason why the skin of a grape can taste bitter, or why red wine can taste dry when you drink it.

"Tannin is a powerful antioxidant, but in high concentrations can be extremely sensitizing to the skin," she said. "Additionally, most witch hazel products are distilled with alcohol, which can lead to over-drying the skin leading to skin barrier issues."

Basically, if you're going to use witch hazel, you should use it in moderation and not on its own. "I think it's an ingredient that's best used in formulation with other skin-care ingredients," Marino said. "[That means] you're not going to buy a bottle of straight-up witch hazel, but maybe witch hazel is listed as an ingredient in a toner you're buying, and that's fine."

Beauty Trends
So, You Want to Get a Septum Piercing? Here's What a Pro Wants You to Know First
by Danielle Jackson 12 hours ago