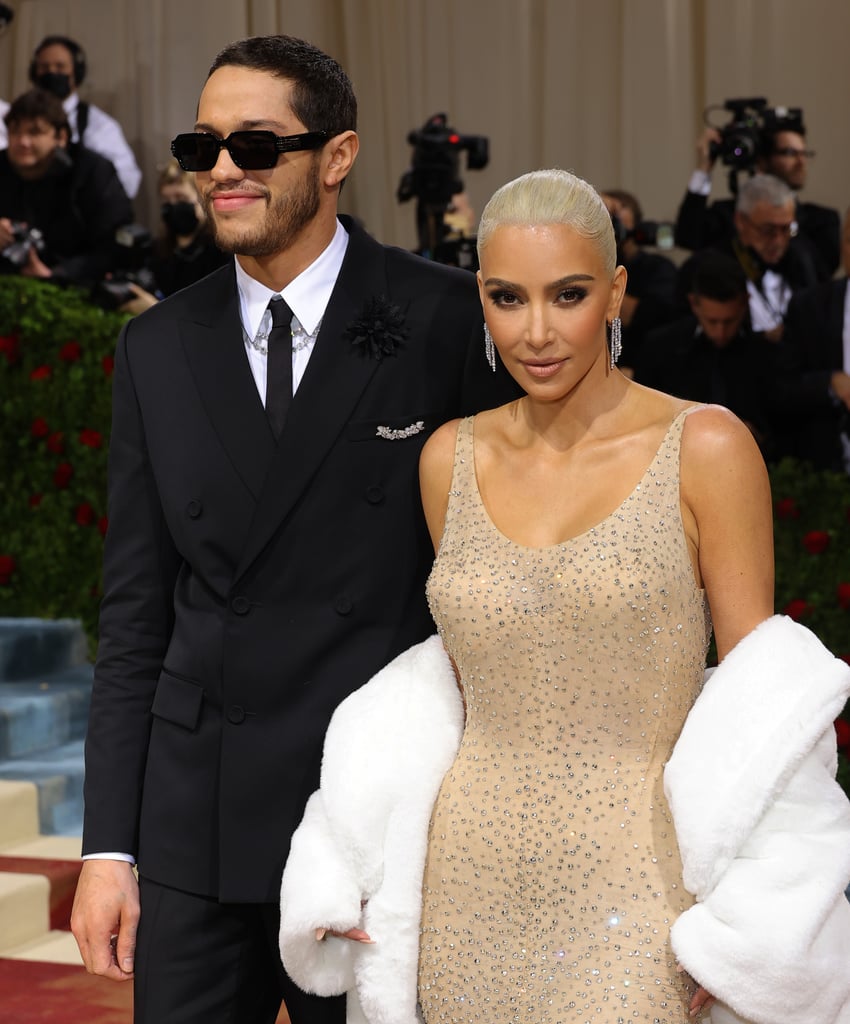 Kim Kardashian and Pete Davidson arrived at the 2022 Met Gala turning heads as you expected them to, but tonight, there was a bigger reason. Kardashian was wearing Marilyn Monroe's famous naked dress for the occasion. Not only that, but she brought back her platinum-blond hair to fit the theme as an additional nod to the iconic Old Hollywood star.

Kardashian's go-to hairstylist Chris Appleton transformed her into Monroe's hair-color twin and styled the look into a low, sleek bun. The inspiration, he says, was two fold: "Marilyn was the idea, but I wanted Kim to look like Kim, not a look alike of Marilyn," Appleton tells POPSUGAR in a press release. "The hair look was simple to highlight the platinum color with a really simple bun, giving the hair color and dress the attention."

To create the look, he used a handful of Color Wow and Dyson hair products, including the Color Wow Color Control Toning + Styling Foam ($24) for the blond color, the Color Wow Pop + Lock Frizz Control + Glossing Serum ($20) for the shine, and the Dyson Corrale Straightener ($500) to give it a sleek finish.

It's been a while since Kardashian was last seen with blond hair, but in her red carpet interview, she revealed she plans on keeping the lighter hue "for a while."

Take a peek at Kardashian's Met Gala look ahead.