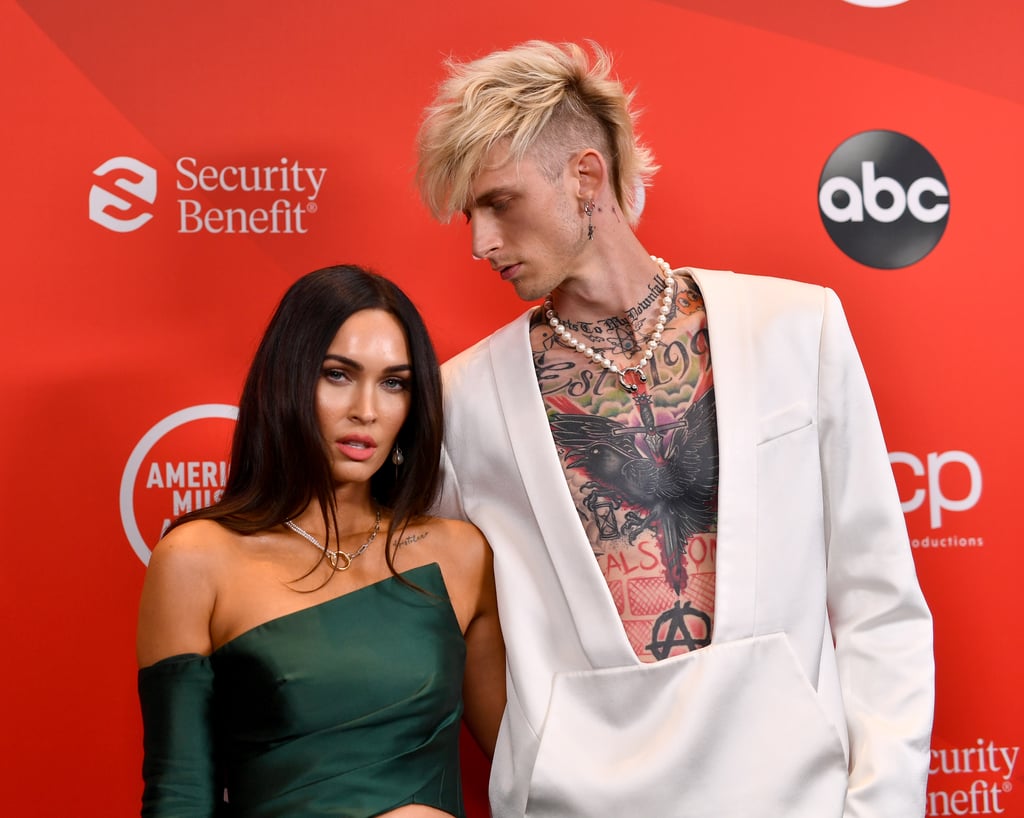 Megan Fox and Machine Gun Kelly made their public debut as a couple at the American Music Awards on Sunday night, and we were so distracted by their chic outfits that we almost missed the fact that they were casually wearing matching manicures. While walking the red carpet together ahead of the show, the actress and the rapper wore minimalist yet edgy nail art executed by Nails of LA founder Brittney Boyce. Both of their manis featured brightly colored semicircles on top of a neutral base with a thin, black vertical stripe running down the middle of each painted nail.

Boyce brought Fox's nail look to life by first adding gel extensions and then swiping on Orly's pale First Kiss paint for the base and the brand's Positive Coral-ation shade on top for the peachy half circles. Meanwhile, for MGK's nails, Boyce used the same light base color but opted for Orly's bright-pink Beach Cruiser nail polish to create those eye-catching half circles. She finished each by applying a layer of Orly's Matte Top and drawing thin lines of the brand's black Liquid Vinyl shade using a skinny brush.

Ahead, take a zoomed-in look at Fox and MGK's coordinating nail looks at the AMAs and admire photos of them looking cute AF on the red carpet.