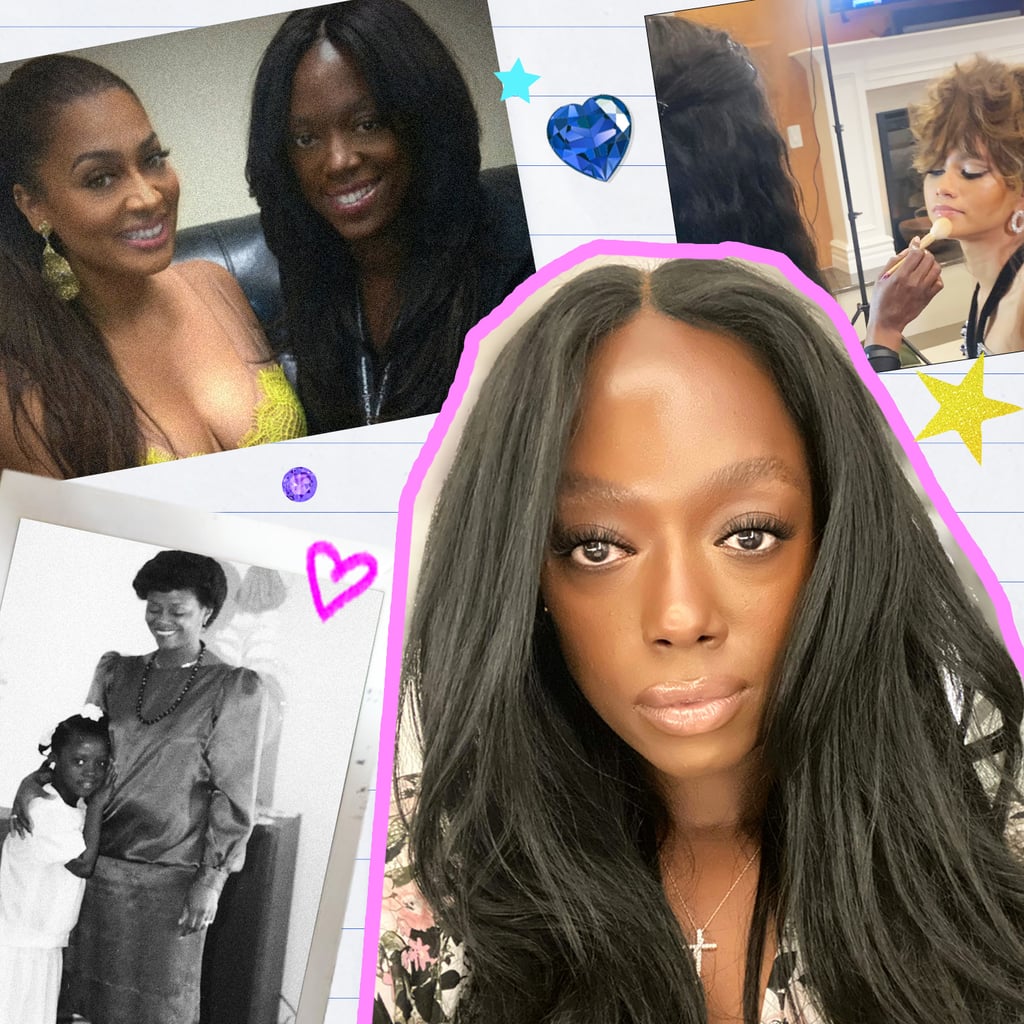 "No one said anything if I did something bold. I could explore. And then I could also see how the products held up and how they looked on the girls. Because I would get them ready. They would go out, and I would watch them perform. I could see what the lights were doing and how it looked when they came back to the dressing room."

It wasn't completely unlike doing the makeup before a big recital, much like Daley's mom did for her and her friends backstage growing up.

"They would come back and I could see, OK, did this foundation stay or does it sweat off? Does this glitter work under the light? Does this glue stay on? What about this eyeshadow? I was literally testing products every single day for three years while I was at the club."

For the last year of her time at Tootsie's — and because she "didn't want to get stuck there," Daley said — she started double-booking herself, assisting other hair and makeup artists until she could sign with an agency. The work was solid, including catalog photoshoots for retailers like Sears, JCPenney, and Kohl's. And so it went: work from 5 p.m. to 2 a.m. at the club, up again by 5 a.m. to make a 6 a.m. call time.

"That was hard for a year, but I wanted to be looked at as a solid makeup artist." She never let up the hustle, and eventually, she signed on with a modeling agency that also repped artists. Next up? An A-list clientele.

Booking the Big-Time Names in Hollywood

Daley's first official celebrity client was comedian Sommore, followed shortly thereafter by rapper Trina, a job which took her from Miami to Chicago, followed by Milwaukee, WI, and Green Bay, WI, on weekends. While in Chicago, she then landed a gig working on the set of The Oprah Winfrey Show doing correspondent Ali Wentworth's makeup.

"It was all one big pinch-me moment," she said. "But I'll never forget one morning, I was just sitting there and Oprah came into our dressing room and gave me a hug. It was mad early — call time for those morning shows was something like 6:30 a.m. — and she had just gotten off a flight from Africa. She walked in and said, 'Good morning,' gave me the biggest hug, and then just walked out. I looked around like, What just happened? I nearly lost my mind. I still have my badge, my sticker, and I still have the red cardigan that I had on; it's on a mannequin at my mom's house and it's never been touched since."