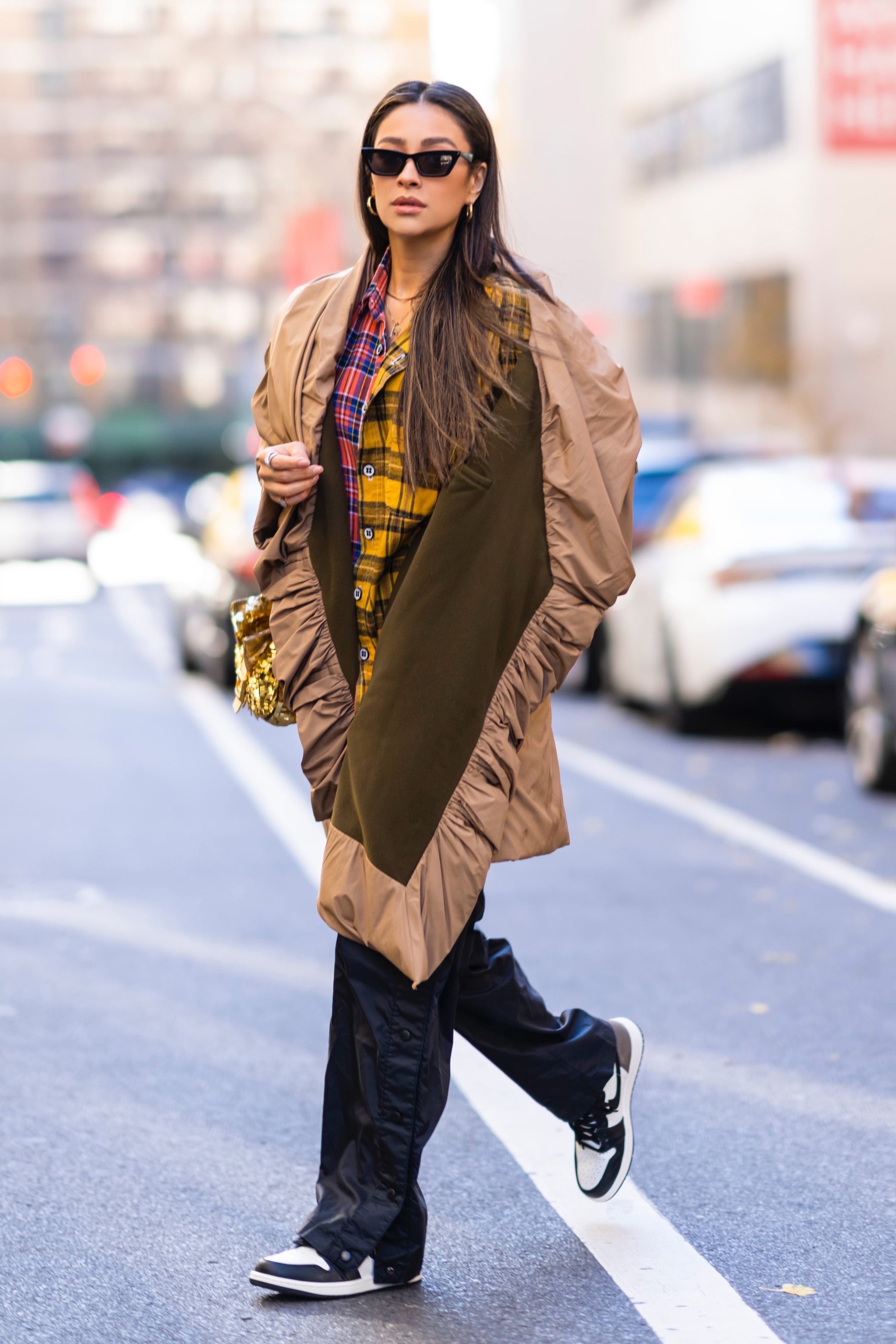 Shay Mitchell is sending in her application to attend Euphoria High School. Celebrity makeup artist Ash Holm posted a picture of Mitchell on Instagram, and the actor's normally timeless and understated glam had a trendy makeover.

The photo, captioned, "If Shay went to Euphoria High 🖤," features Mitchell with soft, satiny skin and a graphic "banana eyeliner" look. Holm kept Mitchell's signature cat-eye wing in a deep black color closer to the lash line, but then played up the shape of her eye with a dramatic, smoked-out purple line placed right above her crease. She also added a bit of shimmer to Mitchell's inner corner, which added some dimension to the space between the liners. The banana liner is the latest retro trend to make a comeback, and stars like Lori Harvey have recently been seen wearing the look.

Mitchell's makeup is a nod to the "Euphoria High School" trend that has taken over social media with the return of the HBO drama series, which sees users re-creating the risqué outfits and dramatic makeup looks from the show. Though Donni Davy, the show's makeup lead, previously told POPSUGAR that the makeup direction for this season will be "a lot darker," fans have continued to pay tribute to the dramatic, jeweled makeup looks the show became known for, and it seems like Hollywood isn't impervious to "Euphoria"'s reign. Take a closer look at Mitchell's banana-eyeliner look below.

Beauty Interview
Are Butt Injections the New BBLs?
by Ariel Baker 23 hours ago