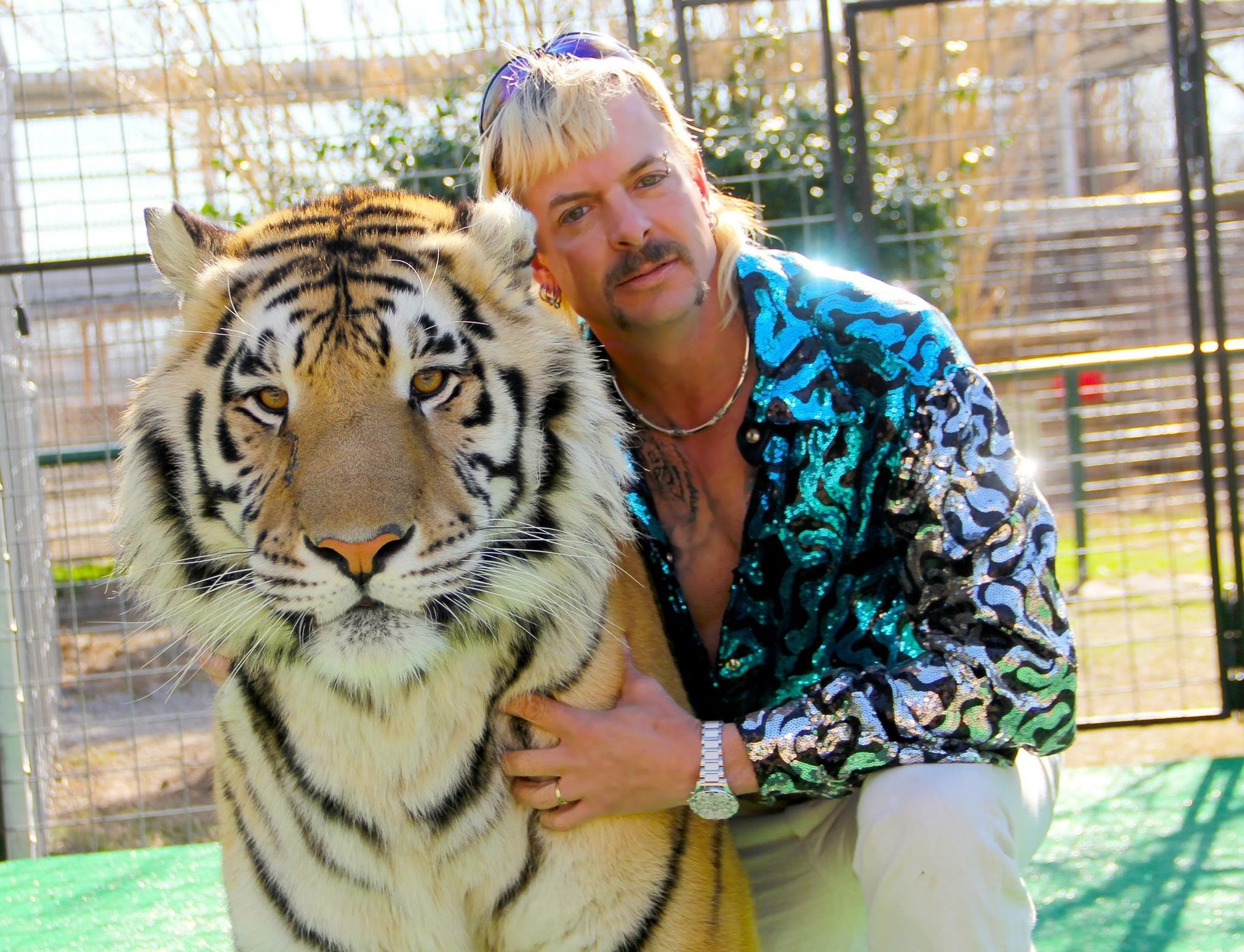 The curious case of Joe Exotic, self-proclaimed tiger wrangler from Wynnewood, OK, has mystified the masses since his debut on Netflix's docuseries Tiger King a mere one week ago. Since then, people have been marred by confusion over everything from his current relationship status to whether or not that was really him singing those sad country songs. (On the contrary, nobody is confused on his feelings about Carole Baskin.)

For beauty editors in particular, there are four questions that come to mind: Should we rescind our statement that the mullet haircut is making a comeback? Is it too soon to plan a beauty costume for Halloween? Is that . . . bronzer? And, perhaps the most perplexing, who taught this man to trace his waterline with eyeliner pencil?

These are the things the world deserves to know. NY Mag claimed that Joe Exotic got his liner permanently tattooed at one point, but shots of him sitting in the jail cell show that the pigment was practically nonexistent. (Tattooed makeup requires regular touch-ups to avoid fading; the first after six to eight weeks, then once every year.)

Hence, why he'd need to lean on a (we predict gel) formula to make his money-hungry eyes pop. So while we've yet to discover the exact product he leaned on during his heyday, until then, we've asked editors to share their best guesses. Please note that we did take into account his love of Walmart when creating this list, but anyone who watched the docuseries knows: his taste also veered wildly (and weirdly) high-end.