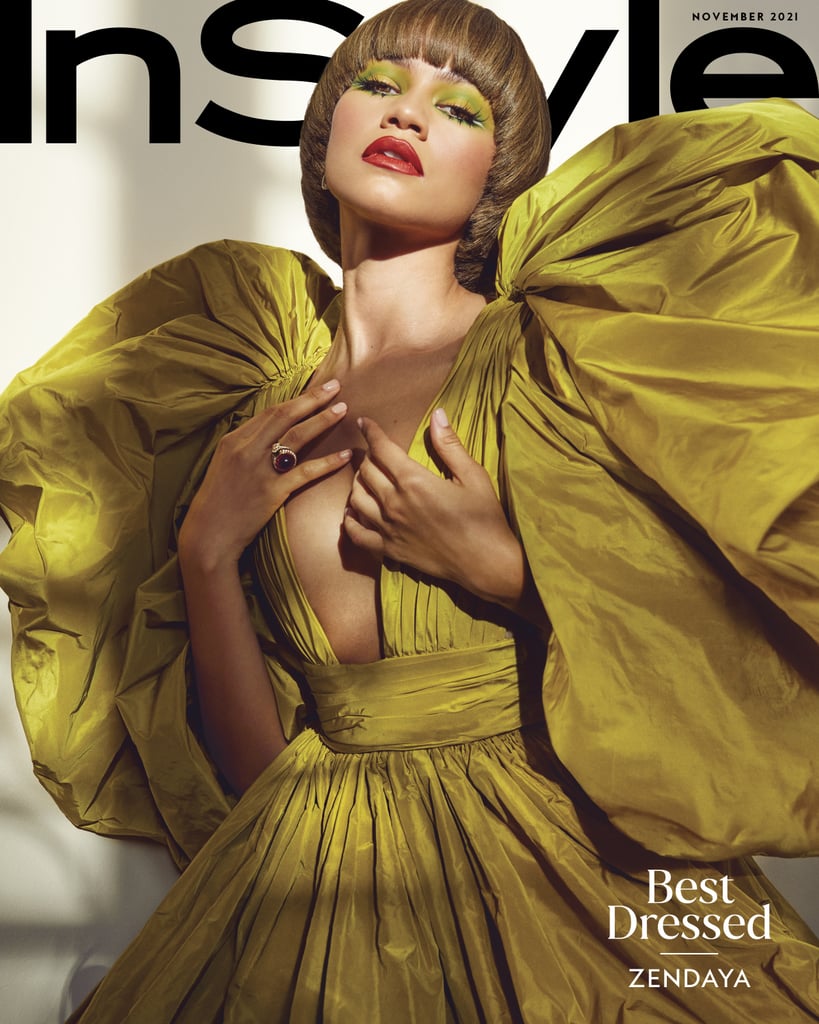 As a society, we've accomplished many things that were previously believed to be impossible: some made it through the grueling six-hour Instagram outage, others finished Squid Game in one sitting, and one person in particular just made a bowl-cut hairstyle look absolutely stunning, and that person is Zendaya. There's no doubt that the superstar can pull off literally any look she so desires, but we simply never expected to be adding "bowl-cut haircut ideas" to our Pinterest boards today — that's just the power she has. Zendaya is the cover star of InStyle's Best Dressed issue, where she gushed over Tom Holland, shared her favorite red carpet looks, and posed for gorgeous photos wearing — you guessed it — bowl-cut wigs.

Styled by Kim Kimble, Zendaya wore different bowl-cut wigs during the photo shoot, including a dark-green shade with micro bangs and a symmetrical brond look. "We love a good bowl cut," Zendaya said in the video portion of the interview. "I've been doing bowl cuts for years." At the 2016 Met Gala, Zendaya had a sleek, dark bowl cut, and she also rocked the jet-black wig at the Kids' Choice Awards in 2015 — a timeless style. Swoon over the strikingly stunning photos of Zendaya sporting a bowl cut in the magazine ahead, and check out the full interview in the November issue of InStyle, out Oct. 22.

Related:
Zendaya Has the Best Hair Game in Hollywood, and These Style Moments Prove It
Previous Next Start Slideshow
ZendayaCelebrity HairInStyleCelebrity BeautyHairMagazine Covers

Rihanna
If Anyone Has the Power to Bring Back MySpace-Era Hair Trends, It’s Rihanna
by Kelsey Garcia 19 hours ago