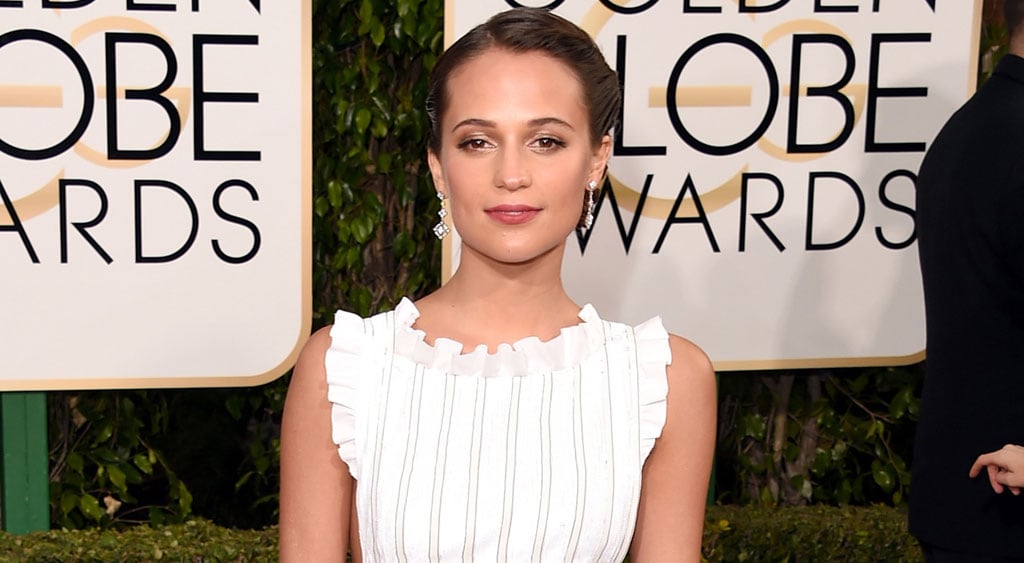 Alicia Vikander's tour-de-force performance in The Danish Girl has had people buzzing about a potential Oscar nomination for months now, and thanks to the list of nominees being announced on Thursday morning, the best supporting actress hopeful can finally stop holding her breath. "I knew it was going to be announced this morning, so I set my alarm clock," Alicia told the LA Times. "But the WiFi suddenly went out — and I was really nervous. But then I had a call. And it's just wonderful."

Alicia also relayed how truly unbelievable the whole experience has been, saying, "I could never picture my name [being announced]. But then I saw a photo on TV with the other actresses, and I had a hard time to get my head around it. These other actresses, these grown-ups, that I had looked up to for so long . . . it's just amazing." Watch a clip of Alicia alongside costar Eddie Redmayne, and then check out her sweet PDA moment with fellow Oscar nominee and boyfriend Michael Fassbender at the Golden Globes!