Alyssa Milano won the Throwback Thursday game on Aug. 20 when she shared a photo of herself with Britney Spears, Justin Timberlake, and friend Alaa Khaled on Instagram. The actress did not specify what year the photo was taken, but judging by Britney and Justin's cuddly pose, it's easy to guess it was from their days as a couple in the early 2000s. In the snapshot, Britney rocks a bucket hat while Justin's diamond earring is on full display. And in a funny twist of fate, Alyssa also ended up dating Justin shortly after his split from the pop star. She told Access Hollywood in 2013, "That was right after Britney broke his heart. I swooped in for the kill!" See the epic photo above, and then check out this other throwback photo of *NSYNC and the Spice Girls. 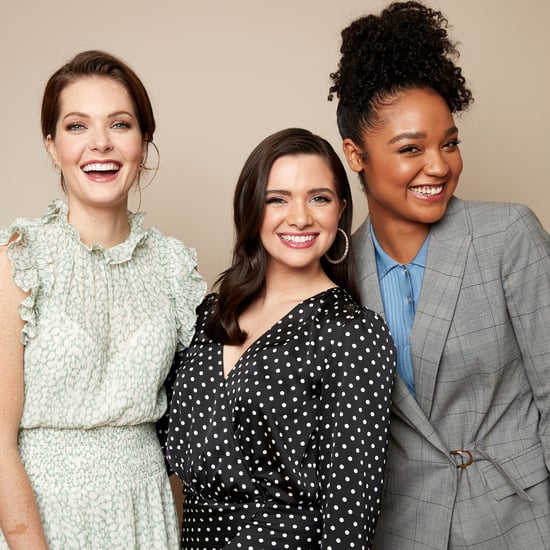 Celebrity Instagrams
Want to Know What True Friendship Looks Like? Allow The Bold Type Cast to Show You
by Monica Sisavat 15 hours ago

Hilary Duff
Hilary Duff's Black Bikini Is a Minimalist's Dream, and Bonus: It's From a Sustainable Brand
by Kelsey Garcia 1 day ago