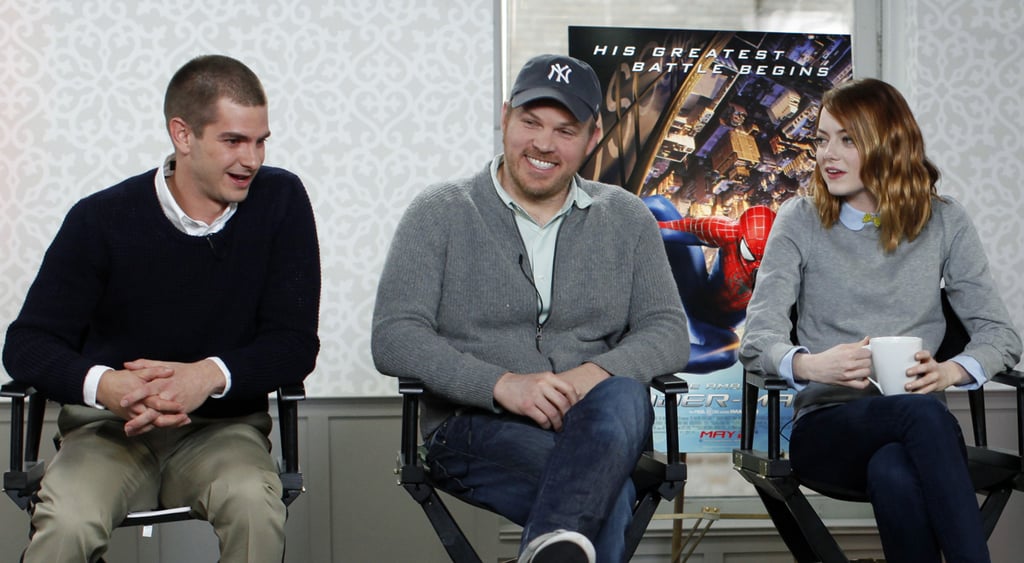 Andrew Garfield's new buzz cut may have made headlines when he stopped by the POPSUGAR offices in San Francisco on Monday, but he'll be making even more next weekend. He's hosting Saturday Night Live on May 3 for the first time, and when he sat down with POPSUGAR editor Becky Kirsch earlier this week, he shared his real feelings about the exciting gig.

Andrew joked, "No, don't remind me about it. I'm genuinely wanting to jump out that window right now. I'm so excited and also panicked — deeply, deeply panicked. I'm starting to sweat." His Amazing Spider-Man costar and real-life girlfriend, Emma Stone, who herself has hosted SNL twice, offered some encouragement, saying that "there's nothing better," since "anything could happen on that stage. You could throw up or die or something terrible could happen, and it's on the stage of SNL." Her words were only met with more nerves from Andrew, who replied, "All of that is going to happen. I'm going to die and then throw up."