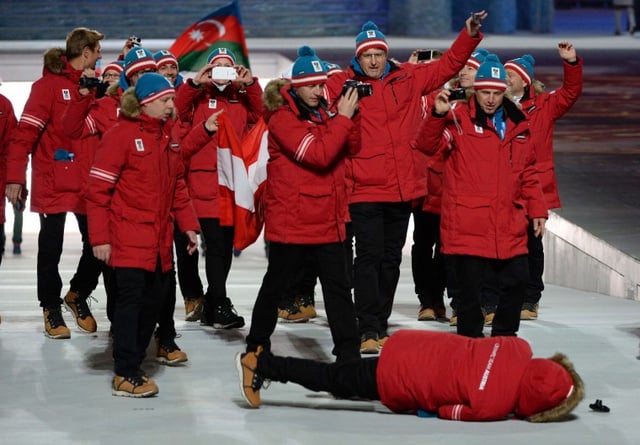 Looks like some of the athletes were a little distracted by their smartphones! During the Parade of Nations at the Olympics opening ceremony, the Austrian team made their entrance and snapped pictures as they walked — until one of the Austrian athletes took a fall. There's bound to be a few hiccups during the opening ceremony, like this year's snowflake malfunction, so here's hoping the athlete isn't hurt!