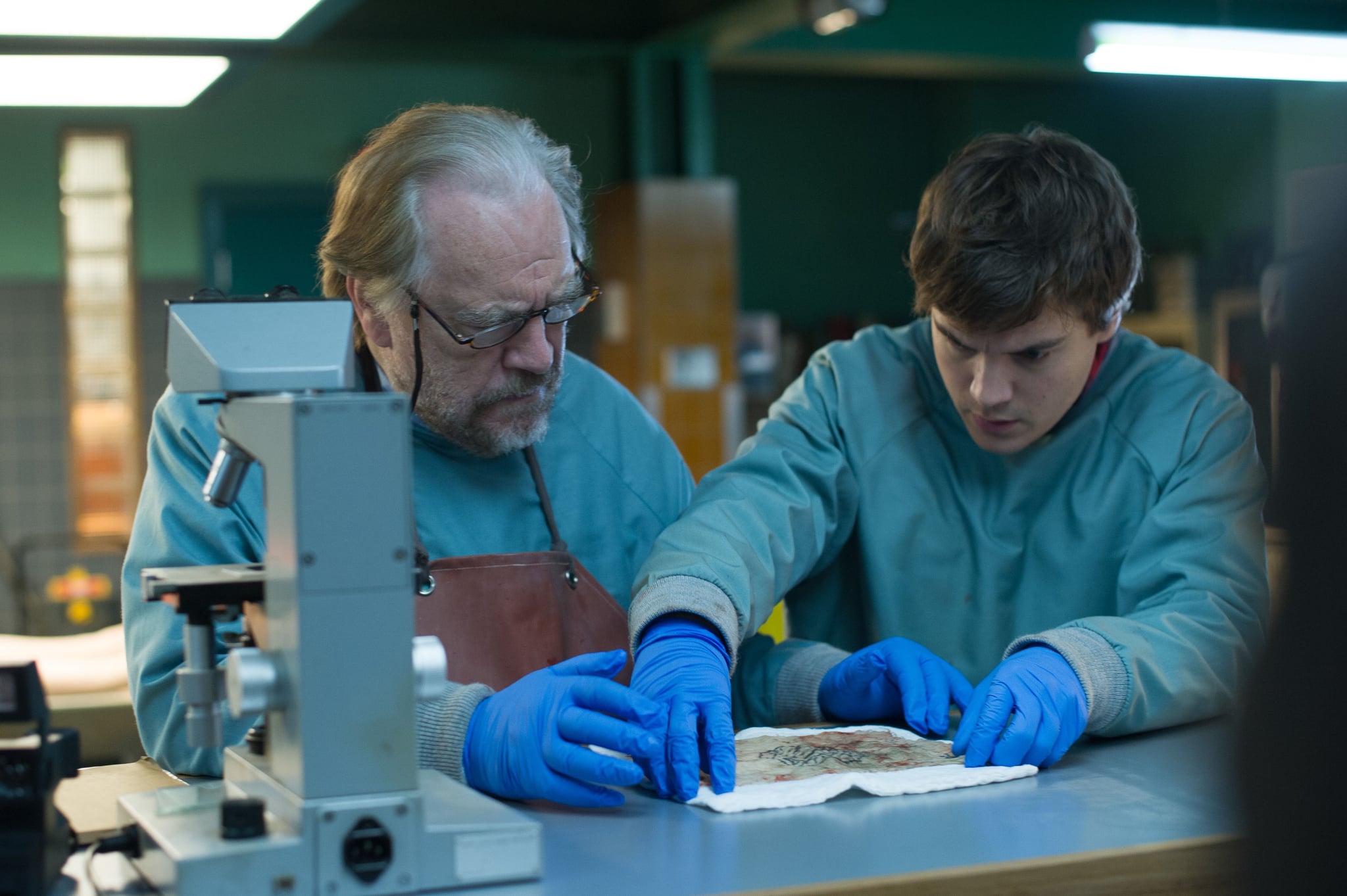 Don't you hate when a movie's trailer ends up being way better than the movie itself? No genre suffers from this more than horror. When a trailer for a scary movie is stuffed with its biggest jump scares and not-so-subtle hints at a twist ending, it simultaneously entices audience members into the theater while also spoiling their eventual viewing experience. If the best parts are in the trailer, then what's the point of even watching?

When the trailer for The Autopsy of Jane Doe was released in December it almost immediately went viral, and though I was interested in it straightaway, I couldn't help but wonder if it was yet another flimsy horror movie skating by on trailer-friendly scares. Fortunately it delivers, and then some.

Emile Hirsch and Brian Cox star in the indie flick as father-son coroners tasked with performing an autopsy on a mysterious young woman, and the result is one of the most affecting films to hit Hollywood in quite some time. If you're a horror fan looking for a new, solid movie to spend an hour and change with, this is your best bet. Here are some spoiler-free reasons.

These days, a lot of scary movies seem unnecessarily complex. Sure, twists and turns are exciting, but if there are too many we end up getting as lost and confused as the characters we're watching. Fortunately The Autopsy of Jane Doe's controlled setting keeps the premise from getting too out of hand. To break things down for you: An unidentified woman's seemingly untouched corpse is found half-buried in the basement of a home where a brutal crime occurred, and the body is brought in to the mortuary of Austin and Tommy Tilden (Hirsch and Cox, respectively). Although they're done for the night, they decide to take on this one last case as a favor to the sheriff before retiring upstairs (the morgue is in the basement of their home). As the two peel back the layers of Jane Doe's body (literally) to try and uncover what killed her, increasingly perplexing things begin happening, one of which leaves them trapped in the morgue. The mystery of what's up with the body gets a little tricky, but overall this is a classic isolation horror film that gives you the distinct sensation of needing to go outside and get some air.

Centering an entire movie around just two actors has the potential to fail spectacularly — What if they don't have chemistry? What if they're a bore? — but The Autopsy of Jane Doe's lack of moving parts ends up being one of its greatest assets. Casting Cox and Hirsch was a safe bet, given each of their long, impressive résumés, and their layered, believable performances carry the film. They're basically the only characters in the movie (props to actress Olwen Catherine Kelly, though, who makes the frozen, unseeing corpse of Jane Doe completely terrifying), and the strained-but-loving bond between them feels genuine.

The Lack of Jump Scares

Combine a harmless cat jumping from around a corner with a loud burst of music, and you've got yourself the crutch that most horror films now rely on for cheap, but plentiful, scares. (A character closing a bathroom mirror only to see someone reflected behind them is a close second.) Thankfully this movie is mostly devoid of those, choosing a slow-burning atmospheric sense of dread to keep us on edge instead.

The Ending That Leaves You Scarred but Satisfied

I don't want to give away too much, but I will say that the dark conclusion to this film, while bleak as hell, feels earned.

Movies
Travis Scott Has a New Album and Movie on the Way, and We Are So Ready
by Kelsie Gibson 11 hours ago