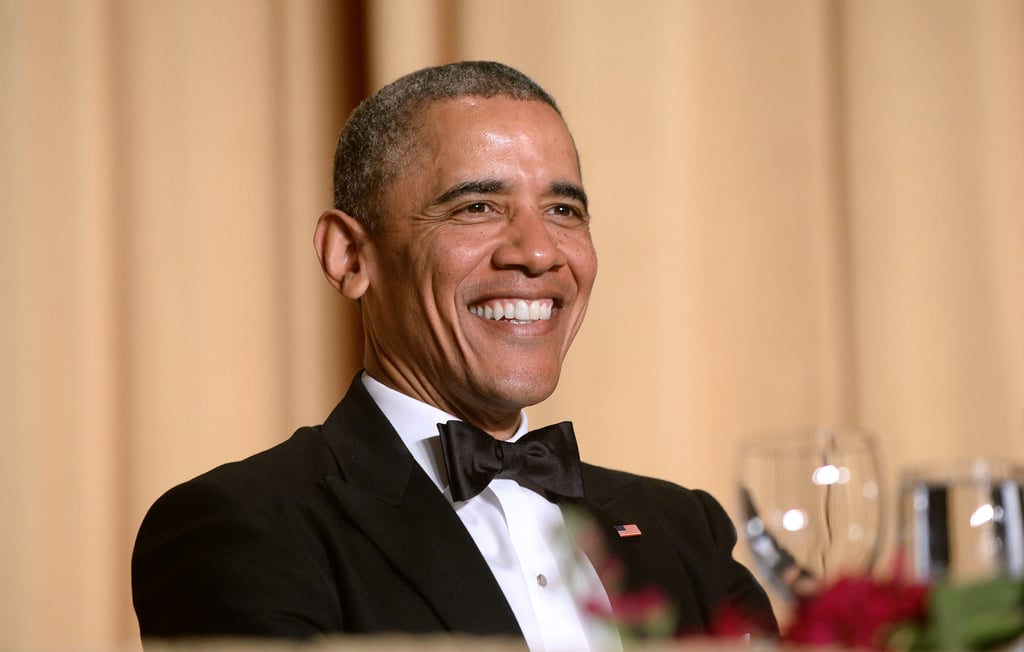 Commander in chief — and part-time comedian? President Barack Obama showed off his comedy chops at the White House Correspondents' Dinner on Saturday, taking the podium to speak in front of politicians, media figures, and celebrities at the annual event. During his speech, Obama seized the opportunity to crack jokes about his appearance on "Between Two Ferns," CNN's MH370 coverage, and Richard Sherman's Super Bowl rant, shouting, "I'm the best president in the game!" Check out his funny speech below, then be sure to take a look at all the action happening in Washington DC this weekend for the White House Correspondents' Dinner!