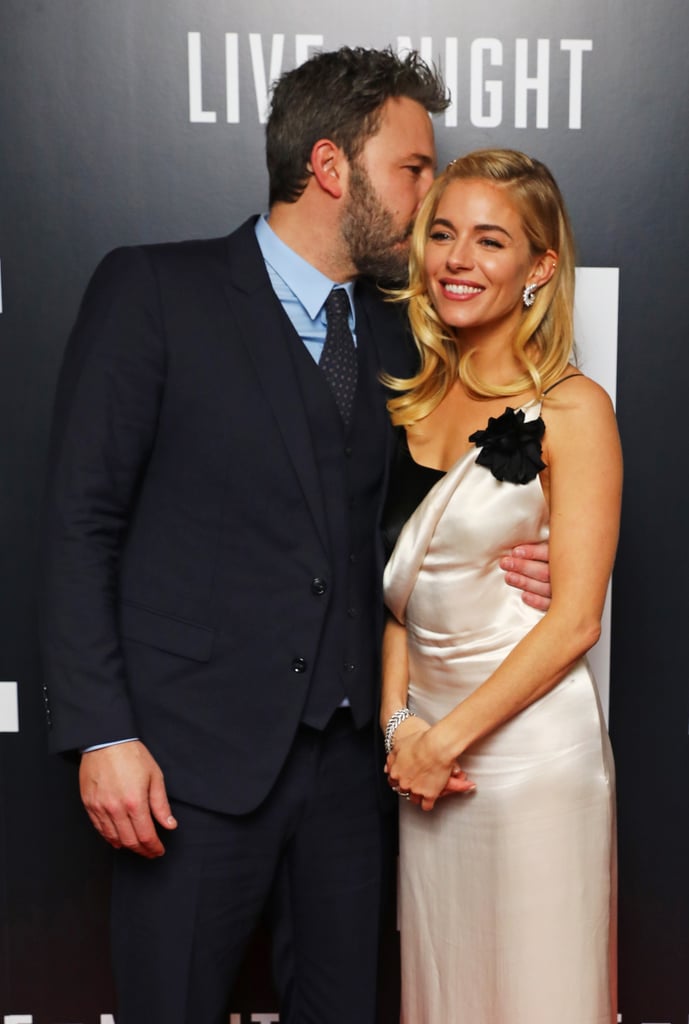 Ben Affleck and Sienna Miller hit the red carpet together for the London premiere of their new film, Live by Night, on Wednesday. The duo, who play love interests in the '20s-era crime drama, were all smiles while posing for photos, and Ben even gave Sienna a sweet kiss on the head for the cameras. There have been no shortage of romance rumors between the stars since they began filming on the project back in 2015. While they are super cute together and clearly have chemistry (admit it), Sienna is currently dating her Foxcatcher director, Bennett Miller — which is really nice, because if they decide to tie the knot, she won't have to change her last name. Ben is still single after his split from Jennifer Garner in 2015.

Before Ben flew across the pond to promote Live by Night, he talked up the movie during an appearance on Jimmy Kimmel Live! His visit came just a day after the Golden Globes, where his younger brother, Casey, won the best actor in a drama award for his work in Manchester by the Sea; unfortunately, Casey failed to thank Ben during his acceptance speech, to which Ben admitted, "I was a little taken aback."