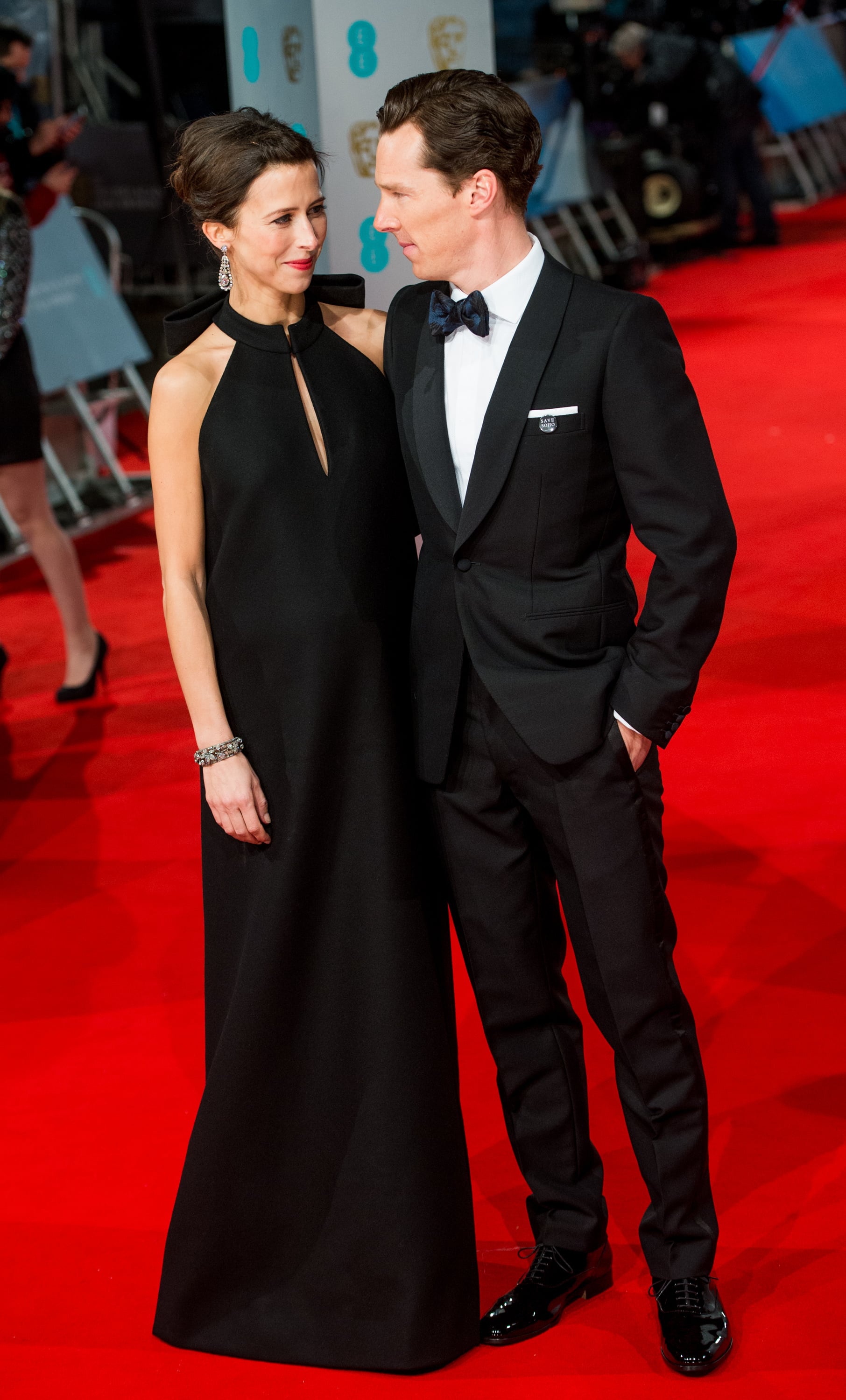 It was a bittersweet Valentine's Day for fans of Benedict Cumberbatch. The actor marked the holiday by tying the knot with theater director Sophie Hunter. A rep for the couple confirmed to POPSUGAR that the pair was "surrounded by their close friends and family" at a very private wedding ceremony held at St. Peter and St. Paul's Church on England's Isle of Wight, adding, "It was a magical day." They celebrated with a reception at Mottistone Manor on the Isle of Wight, which is known for its gorgeous scenery and seaside resorts. The couple, who are expecting their first child together, carved out time for their nuptials amid award season. Benedict is up for best actor at next Sunday's Academy Awards for his portrayal of British scientist Alan Turing in The Imitation Game. Congratulations to the couple!

Celebrity Couples
No, Jodie Foster Did Not Set Up Shailene Woodley and Aaron Rodgers
by Grayson Gilcrease 2 days ago
Emma Stone
Emma Stone and Dave McCary Were Spotted in LA as They Gear Up For Parenthood
by Karenna Meredith 4 days ago