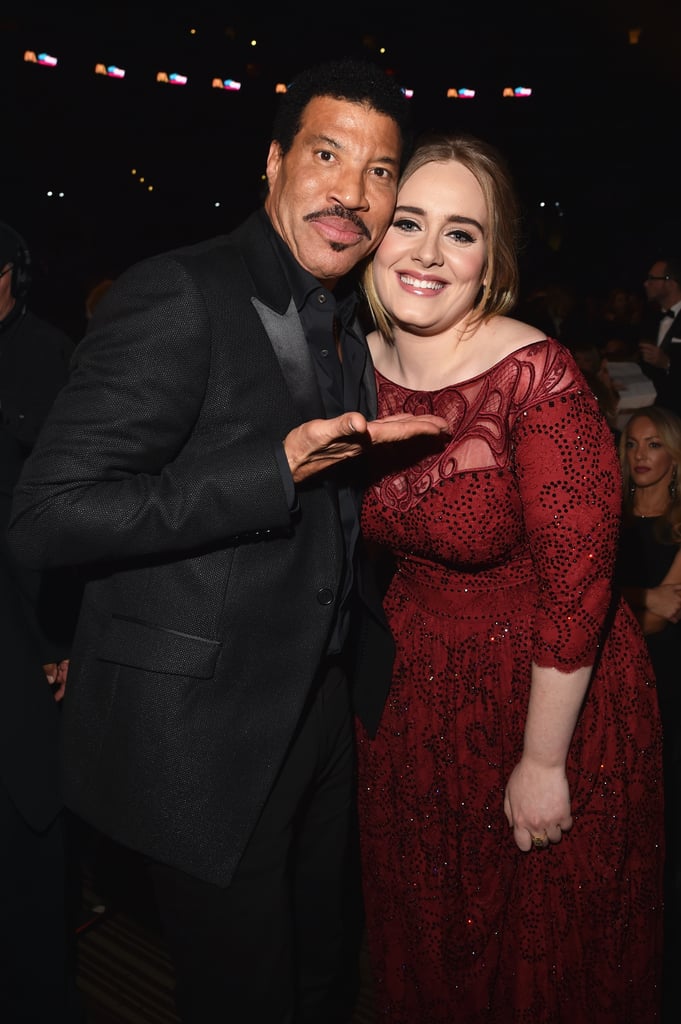 39 Grammys Moments You May Have Missed

The 2016 Grammy Awards went down in LA on Monday night, and with the show came tons of memorable moments — the red carpet was full of supersexy arrivals and cute couples, and we were treated to loads of impressive performances from Carrie Underwood and Sam Hunt, Lady Gaga as David Bowie, the incomparable Kendrick Lamar, Taylor Swift, and an epic tribute to Lionel Richie.

Even though there were a slew of fun things that aired during the ceremony, including a flawless surprise cameo by Beyoncé, there were many others that happened in the audience, backstage, and between commercials — all of which you likely missed. Keep reading to see the best photos from Grammys night, then check out our GIF roundups of the showstopping performances and standout moments.

Teyana Taylor
Is It Just Me, or Is Teyana Taylor's Billboard Hairstyle a Nod to TLC's "No Scrubs"?
by Ariel Baker 4 days ago