Beyoncé and JAY-Z were the guests of honor at the GLAAD Media Awards in LA on Thursday night. The Carters received the vanguard award for their ongoing support of the LGBTQ+ community, and they made sure to show up in style. Beyoncé looked stunning, as per usual, in a plunging blazer dress (à la Meghan Markle), while JAY-Z kept things cool in a black and white tux. Beyoncé and JAY-Z gave an inspiring speech that had everyone in the room clapping and cheering along. "Change starts with supporting the people closest to you," Beyoncé said. "Who you make love to, and take that ass to Red Lobster, is your human right." Beyoncé also revealed that she lost her uncle Johnny to HIV. The couple now join the ranks of past honorees, including Britney Spears, Cher, Jennifer Lopez, Janet Jackson, Antonio Banderas, and Demi Lovato.

"Beyoncé and JAY-Z are global icons and passionate defenders of human rights and acceptance for all people," GLAAD President and CEO Sarah Kate Ellis previously said in a statement. "When Beyoncé and JAY-Z speak, the world becomes inspired and when it comes to LGBTQ people, their voices of acceptance have been heard loud and clear. We could not be prouder to stand with them to send a message of love."

Beyoncé and JAY-Z have been avid supporters of LGBTQ+ rights for many years. In 2012, the 49-year-old music mogul showed his support for same-sex marriage at a Made in America press conference, saying, "What people do in their own homes is their business, and you can choose to love whoever you love. That's their business." JAY-Z was also honored with the GLAAD Special Recognition Award in 2018 for his song "Smile," in which his mom, Gloria Carter, came out as as a lesbian. Beyoncé, on the other hand, celebrated the passage of nationwide marriage equality in 2015 with an LGBTQ+-themed "7/11" remake. She also paid tribute to the victims of the Orlando Pulse nightclub shooting during her 2016 Formation World Tour. Watch Beyoncé and JAY-Z's inspiring speech, and prepare to weep. 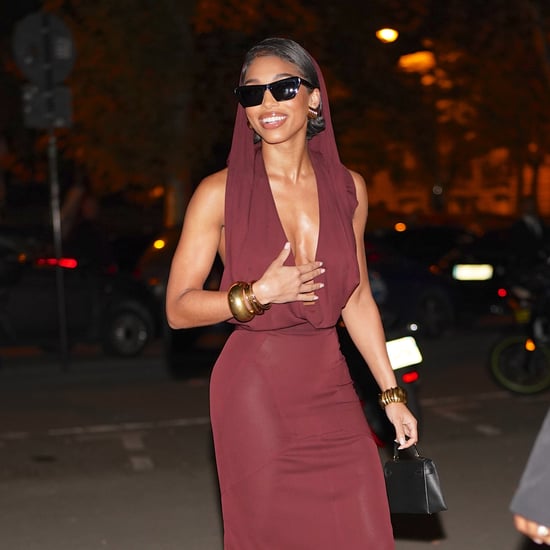