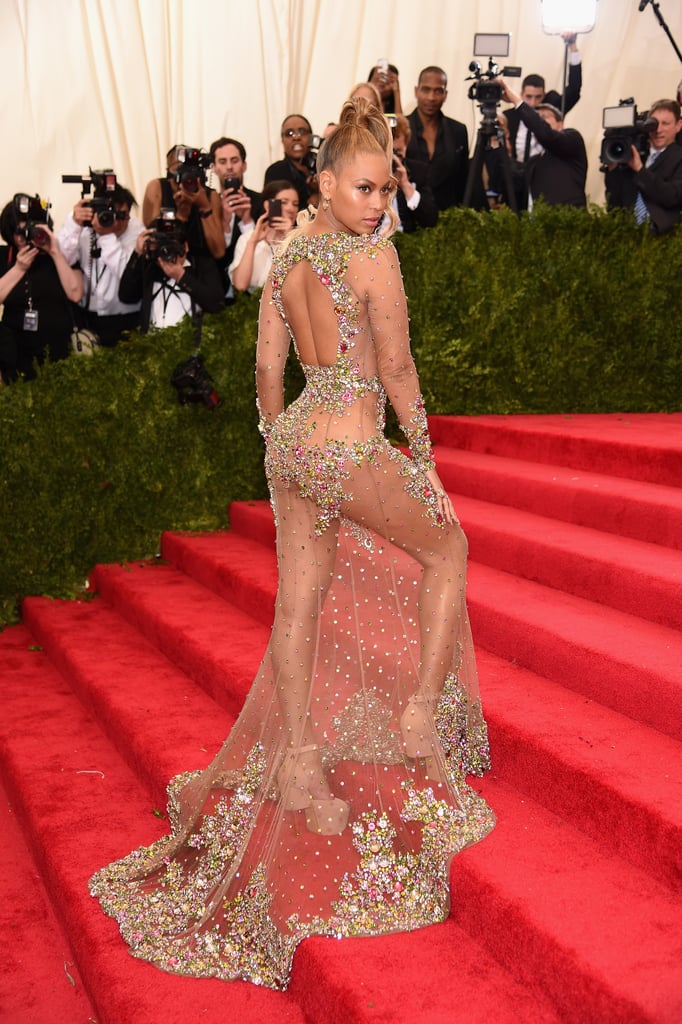 By now we're all well aware that Beyoncé is full of surprises, but Queen Bey took things to an entirely new level when she showed up to the Met Gala in NYC on Monday well after the reporters and photographers had begun leaving the red carpet. She shared a photo of herself on Instagram with the unassuming caption, "Met Gala 2015," before posting more shots to her personal blog — this particular snap was the most liked photo of the evening! Beyoncé wore a sheer, bejeweled Givenchy dress with a high ponytail, and she looked to be posing in a backstage area of the Met. She later hit the red carpet with Jay Z and looked fierce as ever while posing for photographers (who likely had to run back to their positions after initially packing up to leave).

Before she made her arrival, her sister, Solange, posed for photos in a dramatic Giles minidress, and Rihanna shut down the red carpet in a stunning yellow creation from Chinese couturier Guo Pei. It was Kim Kardashian who may have gotten the most attention for her look, however, when she showed up in a white feathered Roberto Cavalli frock that looked eerily similar to the Givenchy gown that Beyoncé wore to the event back in 2012. Keep reading for more photos from Beyoncé's sneaky Met Gala arrival.