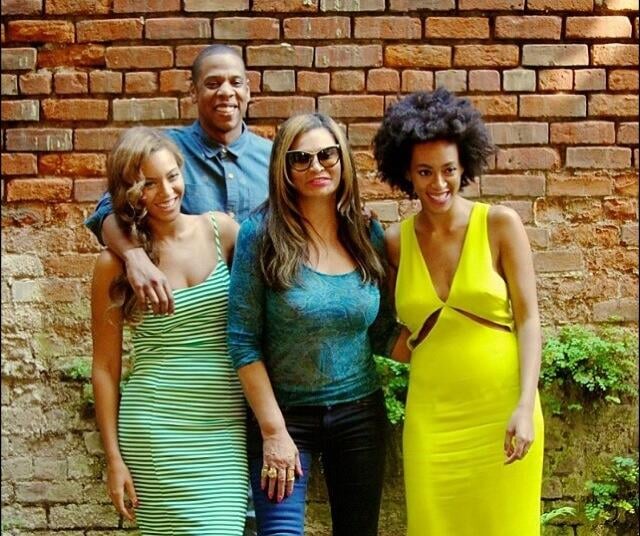 Beyoncé Knowles shared a series of family snaps on her personal blog Monday. An especially sweet photo featured the singer with her sister Solange, mom Tina, and husband Jay Z. Beyoncé took to Instagram on Saturday — after releasing the video for her and Jay Z's song "On the Run" — to post another new image showing the sisters smiling and embracing. "New Orleans May 17th 2014," she wrote in the caption, making it clear the fallout from Solange's physical attack on Jay Z after the Met Gala is not keeping them apart. As the now-infamous video footage grabbed headlines for days after it surfaced, both Beyoncé and Solange showed support for each other on the social media platform, posting sweet throwback photos that captured their sisterly bond. The images of the family came just days after Jay and Beyoncé released a joint statement about the incident, saying, "We love each other and above all we are family. We've put this behind us and hope everyone else will do the same."
Source: Tumblr user Beyoncé Knowles