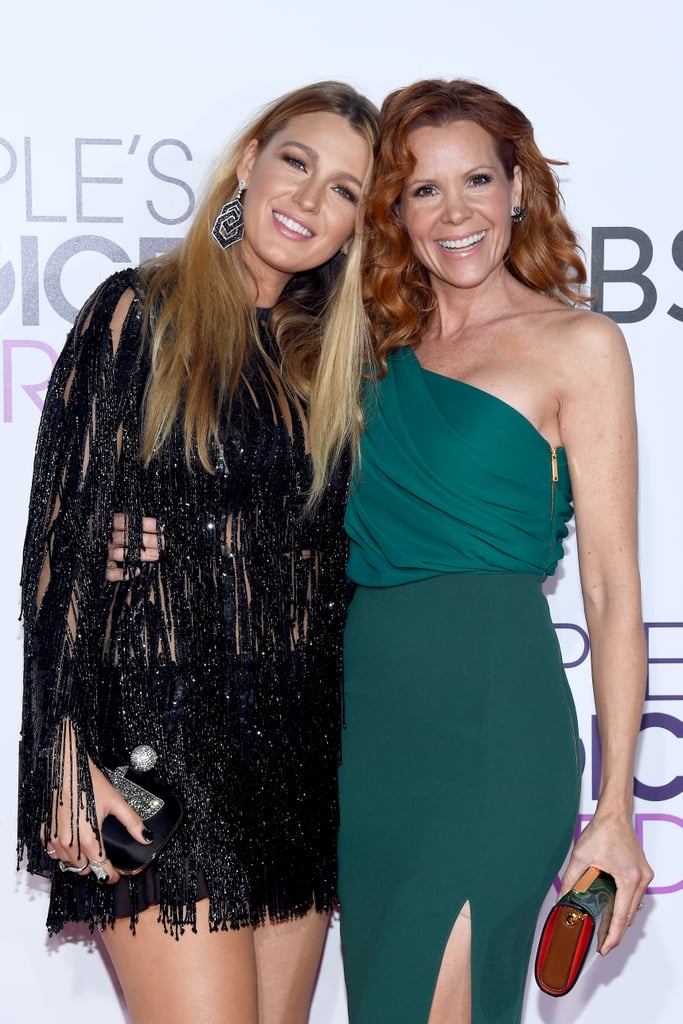 Blake Lively was in good company at the People's Choice Awards in LA on Wednesday night. The actress glowed in a black minidress and was joined by her older sister Robyn, who's famously known for her role in the 1989 classic film Teen Witch. The sisters played up their sweet chemistry on the red carpet as they hugged and shared a few laughs for the cameras. Inside, Blake took home the award for favorite dramatic movie actress for her role in The Shallows. During her speech, she encouraged girls to speak their minds and then jokingly yelled at fans in the audience about husband Ryan Reynolds, saying, "You can't have him! He's mine!"

Just before her arrival, Blake posted an Instagram snap of herself getting ready and thanked her glam team for "making me look like I slept more than 2 hours last night." Perhaps Ryan Reynolds stayed home with their daughters, Ines and James?

Elie Saab
West Side Story's Rachel Zegler Has a Princess Moment in a Blush, Sequined Ball Gown
by Sarah Wasilak 2 hours ago

Red Carpet
Whoa! We Need a Moment to Process Madelyn Cline's Asymmetrical Versace Dress at the PCAs
by Chanel Vargas 15 hours ago

Jojo Siwa
It's a DWTS Reunion! JoJo Siwa and Iman Shumpert Caught Up at the People's Choice Awards
by Kelsey Garcia 15 hours ago