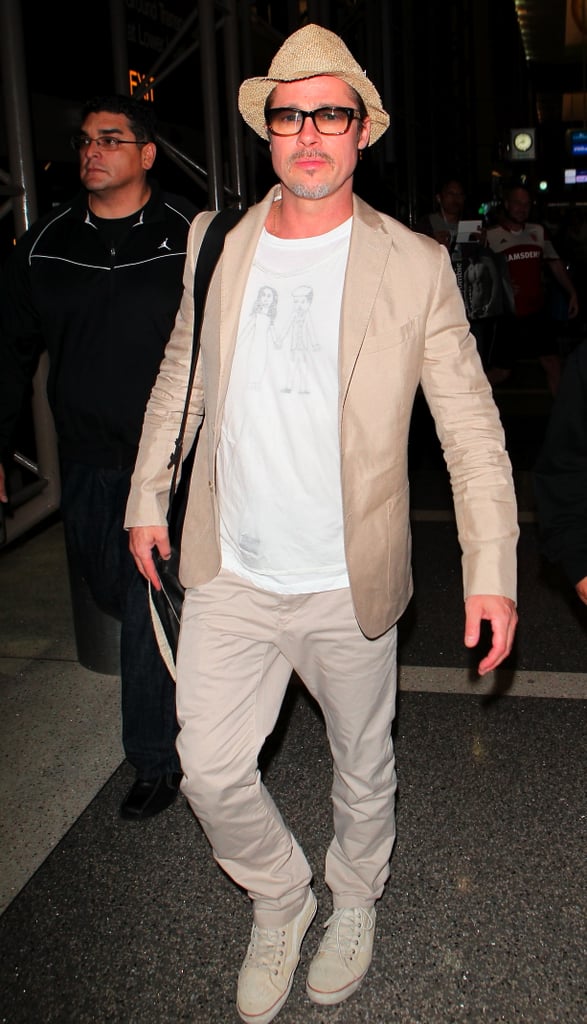 Brad Pitt showed off a homemade t-shirt, probably made by one of his six children, when he caught a flight out of LA on Friday while accompanied by his fiancée, Angelina Jolie. The t-shirt — which still fit within Brad's new favorite outfit — showed a childlike drawing of a couple who bore a strong resemblance to the A-list couple, holding hands. If the cute top was a gift from one of Brad's children, it wouldn't be the first time that they gave a homemade gift to their parents. In May, Angelina revealed that her children made her hand-drawn items for Mother's Day. "I loved Goofy when I was little," Angie said. "So Pax drew me a Goofy shirt." She also revealed that Knox turned a picture he had drawn of his mom as Maleficent into a ring and Vivienne had crafted pillows and stationery for her famous mom.

Simone Biles
Simone Biles's Boyfriend Shares the Love in Adorable Olympic Tribute: "You Inspire Me"
by Grayson Gilcrease 4 days ago