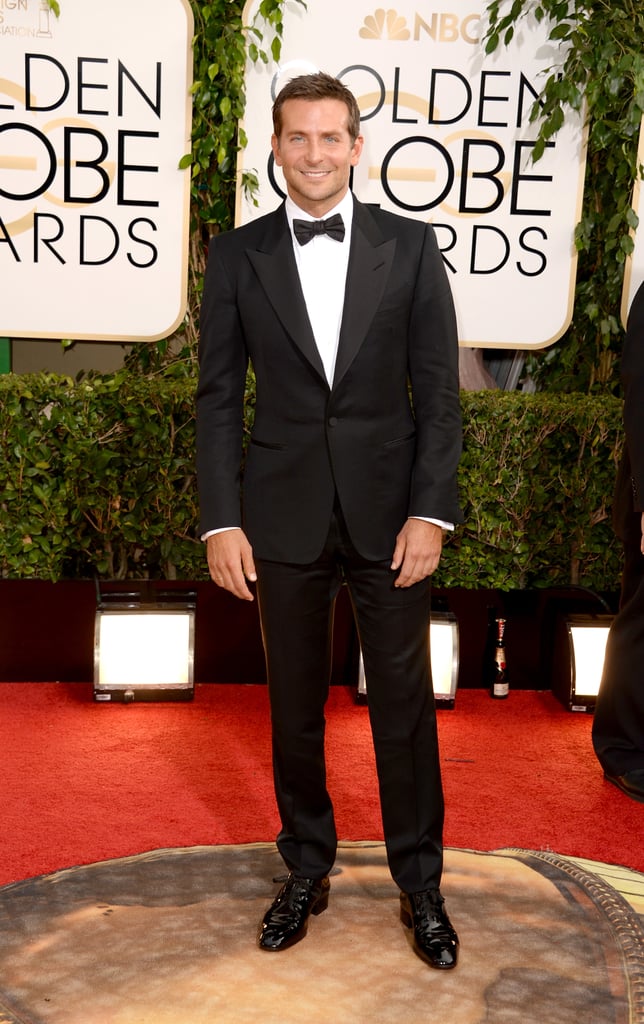 Bradley Cooper was his usual handsome self on the red carpet at tonight's Golden Globe Awards in LA. The actor arrived in a Tom Ford tux and was all smiles while posing for photos. Though Bradley lost out to Jared Leto for best supporting actor in a motion picture, it has still been a great year for Bradley. He celebrated his 39th birthday last week with a star-studded party that brought out celebrity pals like Kate Hudson, Jason Bateman, and Bradley's girlfriend, Suki Waterhouse — we, however, rang in the big day with an homage to his piercing baby blues. Bradley also stepped out for the Palm Springs Film Festival gala with his American Hustle costars Jeremy Renner and Amy Adams, and days later, he showed up at the New York Film Critics Circle Awards in NYC to accept Jennifer Lawrence's best supporting actress award on her behalf. Oh, and then the cast won for best motion picture, comedy or musical at the Globes! Keep reading to see more pictures of Bradley's night at the Golden Globes.

Gwen Stefani
Our Reaction to Gwen Stefani's ACM Awards Denim Jacket: "That Fringe Though!"
by Sarah Wasilak 23 hours ago

Taylor Swift
Taylor Swift Did Her Own Hair and Makeup For the ACM Awards, and She's Basically a Pro
by Jessica Harrington 23 hours ago 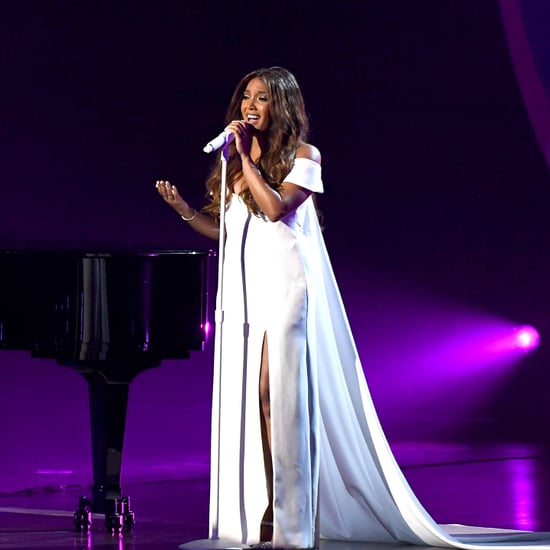 by Victoria Messina 7 minutes ago