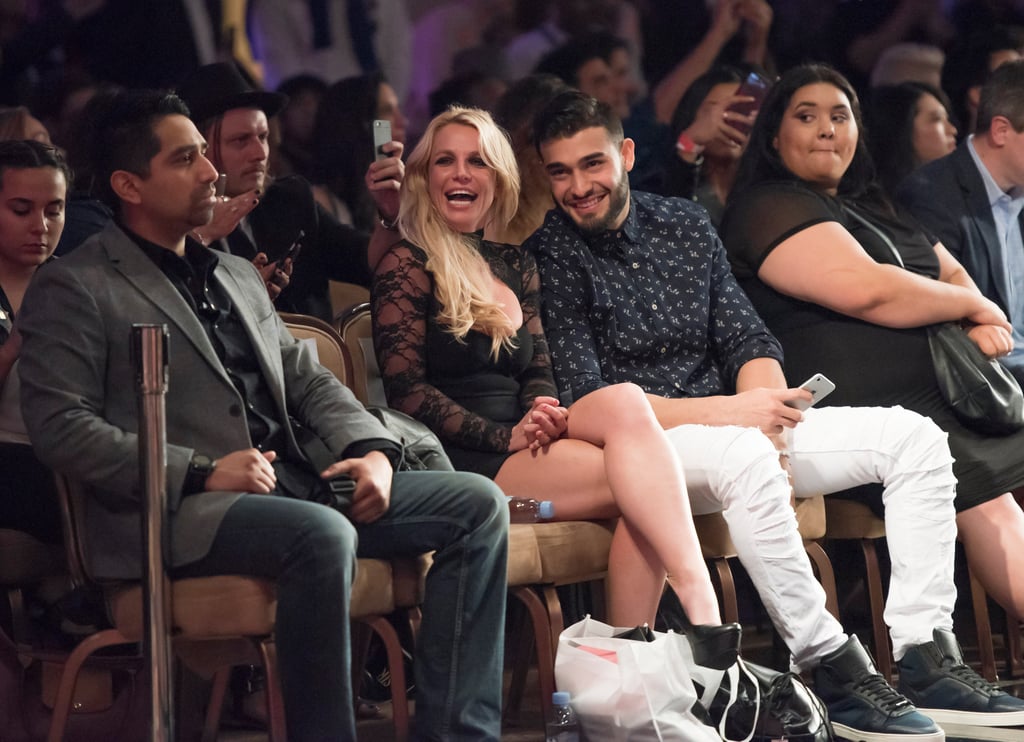 Britney Spears knows how to work, b*tch, but sometimes she just wants to sit on the sidelines and let other people strut their stuff. The singer was all smiles when she attended the Sir Stello fashion show in LA on Thursday with her new boyfriend, Sam Asghari. The two, who first met when Sam starred in her steamy "Slumber Party" music video last year, were there to cheer on his little sister, Faye, who was a model walking in the show. Britney looked gorgeous in a lacy black dress and matching heels, while Sam looked handsome in white jeans and a button-down shirt. This also isn't the first time Britney has shown off her new romance. She's posted a few sweet photos of her and Sam on Instagram in recent weeks, including a few celebrating her "baby's birthday" on March 3.