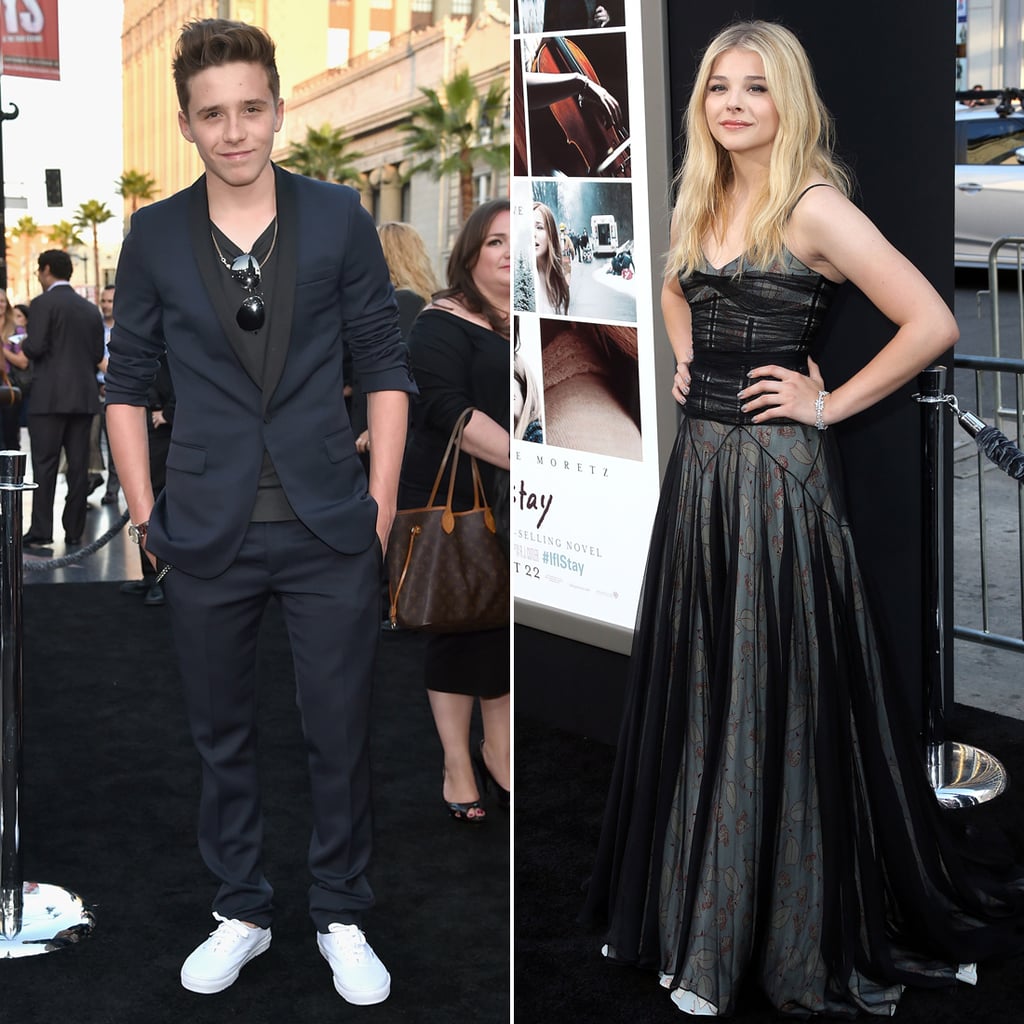 Brooklyn Beckham and Chloë Moretz have yet to publicly confirm their relationship, but we think Brooklyn's latest move proves there is something going on between these two cute teens. The 15-year-old son of David and Victoria Beckham attended the premiere of Chloë's new film, If I Stay, in LA on Wednesday night. Brooklyn and 17-year-old Chloë didn't pose for photos together, but the public presence of the up-and-coming model at the actress's big event is a good hint that the two are at least good friends. Brooklyn was also on hand earlier this month when he attended the Teen Choice Awards with Chloë, although he skipped the award show's red carpet and was only spotted making a low-key entrance into the theater with Chloë. Hopefully both of the young stars were warmed up on their night out after taking part in the ALS Ice Bucket Challenge. Chloë took the challenge last week, while Brooklyn joined his dad in getting doused with water earlier this week.

Storm Reid
Storm Reid's Purple Dress Is Dripping in Pearls and Crystals, So Consider Her Royalty
by Victoria Messina 2 days ago

Lizzo
Lizzo Wore a 24k Gold Bar Clutch on the Red Carpet, So Consider the Bag Secured
by Karenna Meredith 4 days ago