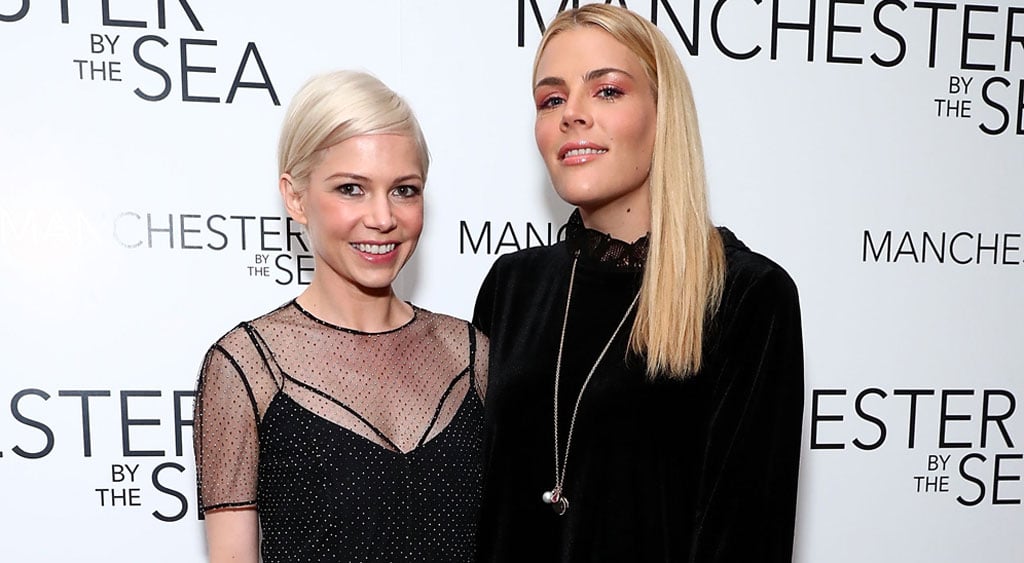 Unlike a lot of short-lived Hollywood friendships, Busy Philipps and Michelle Williams have remained BFFs ever since starring on Dawson's Creek together in the early 2000s. Because of this, the pair has over 15 years worth of photos of each other, and apparently some of them are just as cringeworthy as your high school yearbook photo. Busy shared an epic #TBT post on Instagram on Monday, which shows just how far she and the Manchester by the Sea actress have come since 2001. "2001/2016 I love that we almost always stand on the same side of each other. Also, can I just say - we aren't at a costume party in 2001. That's legit how we were dressed for a regular night out," she captioned the side-by-side shots. "I guess I really was my character from Cougartown? And thank God my eyebrows grew back."

Fishnets and sparse eyebrows aside, Busy and Michelle's longstanding friendship is one of Hollywood's cutest. They attended the Tony awards together in June, and Michelle recently opened up about how Busy is helping her get back into the dating world. Doling out dating advice and posting embarrassing photos on Instagram — what are best friends for?

Celebrity Instagrams
JoJo Siwa Thanks Fans For Their Support After Coming Out: "I'm the Happiest I've Ever Been"
by Karenna Meredith 21 hours ago