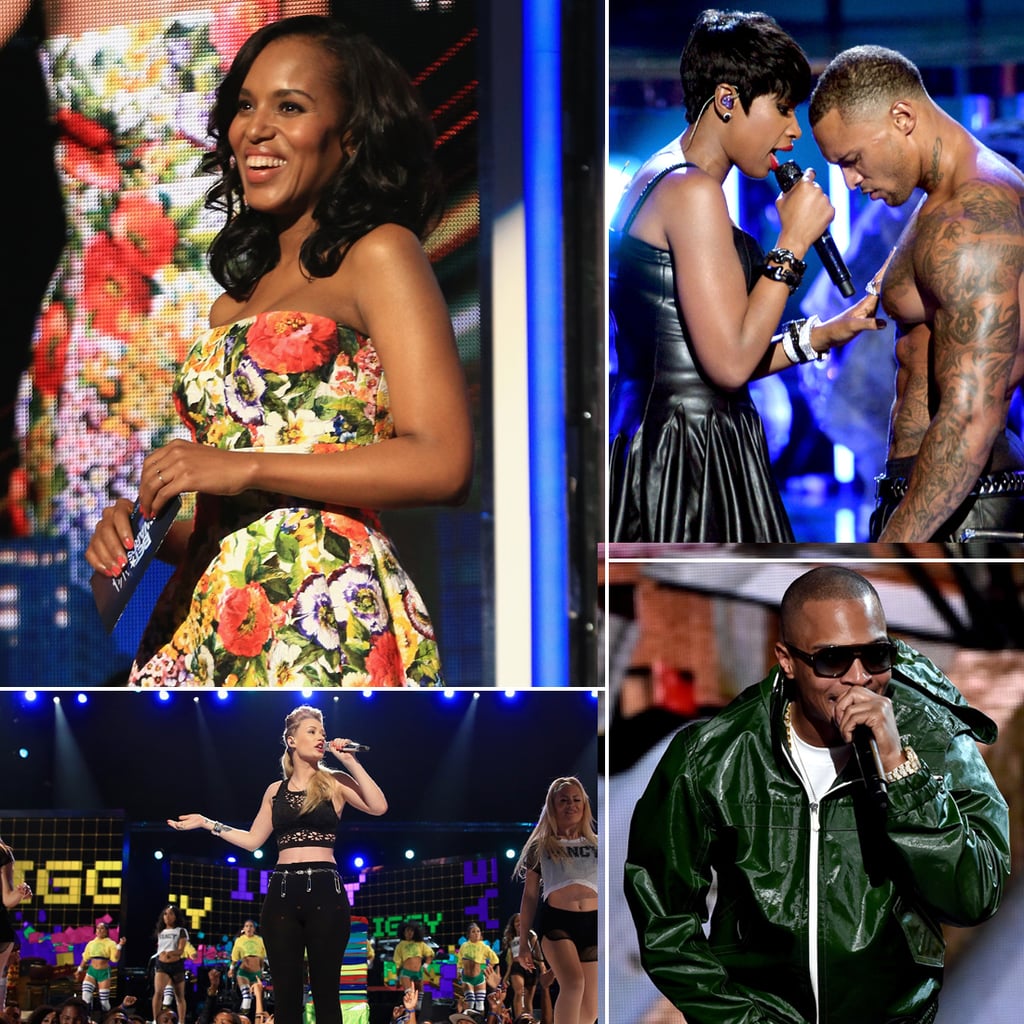 See All the Hottest Red Carpet and Show Moments From the BET Awards!

Celebrities from the music, film, sports, and TV worlds mixed and mingled at the BET Awards in LA on Sunday. The show's host, Chris Rock, arrived in style at the Nokia Theatre, as did Nelly, Nick Cannon, T.I., and Ashanti. Nicki Minaj, Pharrell Williams, Iggy Azalea, John Legend, and Robin Thicke all gave energetic, passionate performances during the show. Usher also hit the stage to sing a medley of his hits in celebration of the 20th anniversary of his self-titled debut album. The night's nominees were led by Beyoncé and husband Jay Z: the couple received five nominations each, including three for their duet "Drunk in Love." Though Drake beat out Jay in the best male hip-hop artist category, the pair did take home the best collaboration award for their saucy duet. Also on hand — and looking sharp — was Lionel Richie, who was honored with the lifetime achievement award for an illustrious career that has spanned almost 50 years.

Kerry Washington, who recently made her first public postbaby appearance since giving birth to her daughter, Isabelle, walked the red carpet in a bright floral dress and was all smiles while posing for photos. The Scandal star went up against Oprah Winfrey, Gabrielle Union, and Lupita Nyong'o in the best actress category; though Lupita emerged victorious, Kerry still hit the stage to present an award and shared a cute moment with comedian Kevin Hart, who referred to himself as "Oliver Pope," calling out Kerry's TV character. Scroll through now to see the best celebrity moments from the big event.