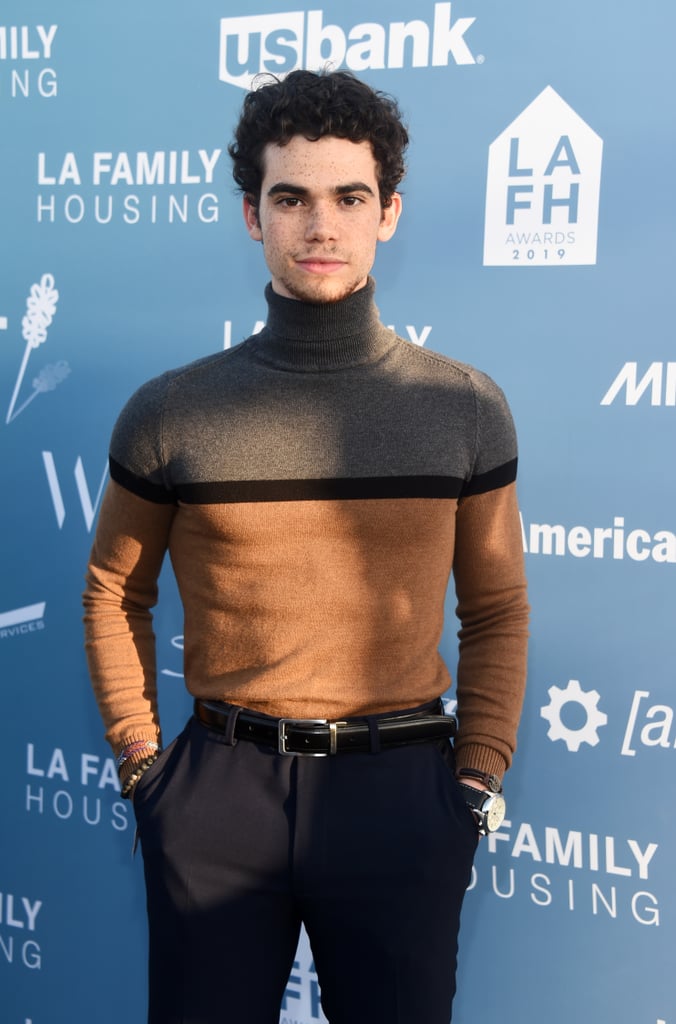 Celebrities are mourning actor Cameron Boyce after his death was confirmed on July 6. According to a spokesperson for Cameron's family, the 20-year-old star "passed away in his sleep due to a seizure which was a result of an ongoing medical condition for which he was being treated." He was best known for his Disney roles as Luke Ross on the show Jessie and Carlos in the Descendants films.

His death has prompted tributes and eulogies from some of his former costars and friends, including Skai Jackson, Adam Sandler, Michelle Obama, and Kevin McHale, who are remembering the young star as a kind and bright talent. Read ahead to check out some of the homages so far.