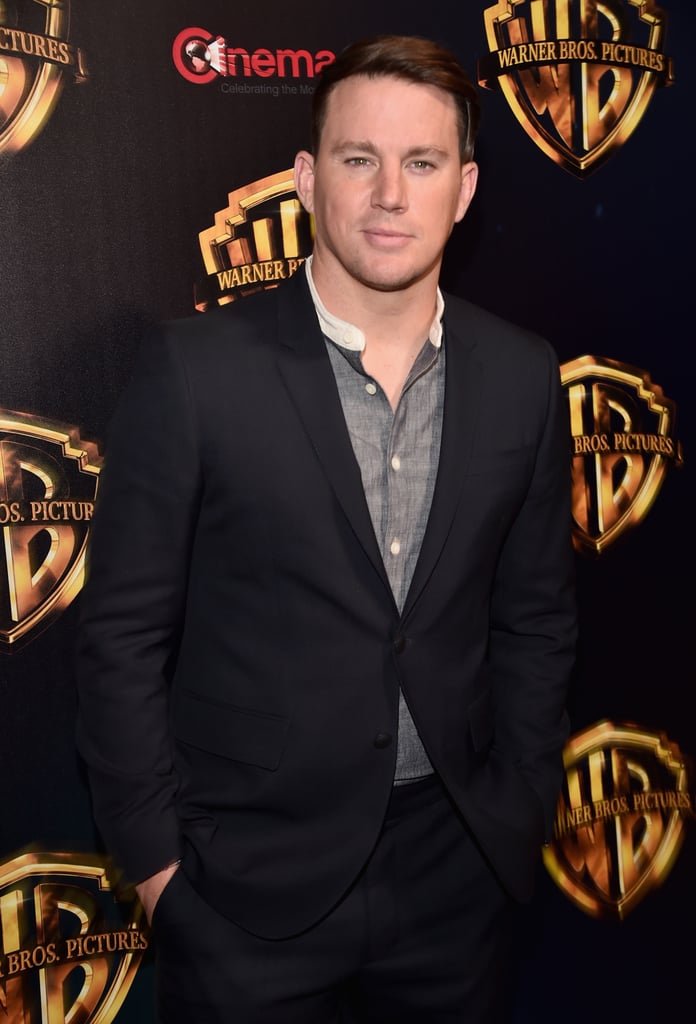 Just days after returning to the spotlight, Channing Tatum made his first red carpet appearance since announcing his split from Jenna Dewan at CinemaCon in Las Vegas on Tuesday. The actor attended the event to promote his new animated film, Smallfoot, with his costars Zendaya and Common. Once inside, Channing participated in a panel discussion and even linked up with Bradley Cooper backstage.

Channing and Jenna announced their separation after nearly nine years of marriage on April 2. Since their announcement, there have been reports that Channing's "excessive drinking" led to their breakup, though Jenna quickly shut them down by releasing a statement through her rep to Us Weekly. "Happy to clarify that absolutely none of these rumors are true," the statement read. "The situation is as positive as it can be. Nothing negative is going on here. They're both incredibly mature about this. There's nothing more really to say."

Jenna also recently made her first official outing at the St. Jude Hope & Heritage Gala in NYC this past Friday.