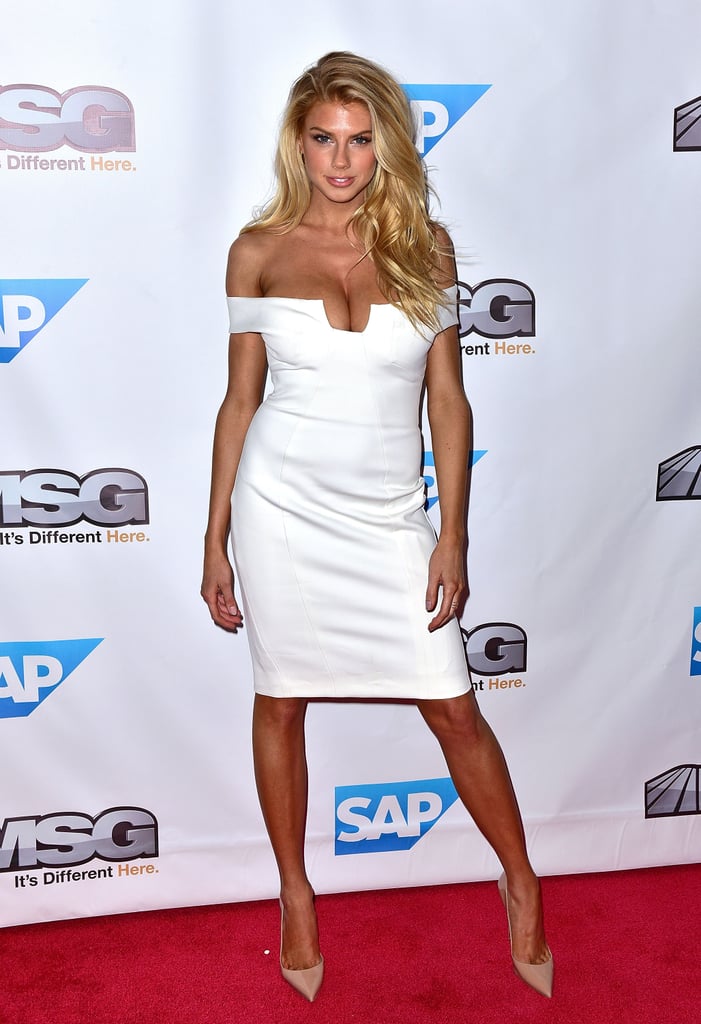 Charlotte McKinney made a splash on Sunday when she went nearly nude in a commercial for Carl's Jr. that aired during the Super Bowl. The spot started with Charlotte topless walking through a farmers market and ended with her chowing down on a burger in a skimpy bikini top and tiny shorts. The short ad immediately sparked comparisons to Kate Upton, who previously starred in a similarly sexy Carl's Jr. commercial. Now Charlotte is being called "the next Kate Upton," but is she really? And is that even fair to say? We can only assume the similarities in their appearance, i.e. long blond hair and large breasts, are what initially had people putting them in the same category, but there's also the fact that they've both modeled for Guess and each hails from Florida. Tell us, do you agree with Charlotte's new title as the "next Kate Upton?" Vote below!

Previous Next Start Slideshow
Kate UptonBikiniCharlotte Mckinney
Around The Web

Joey King
Joey King's Birthday Swimsuit 'Gram Is So Cute, Even Taylor Zakhar Perez Had a Few Words to Say
by Yerin Kim 7/30/20