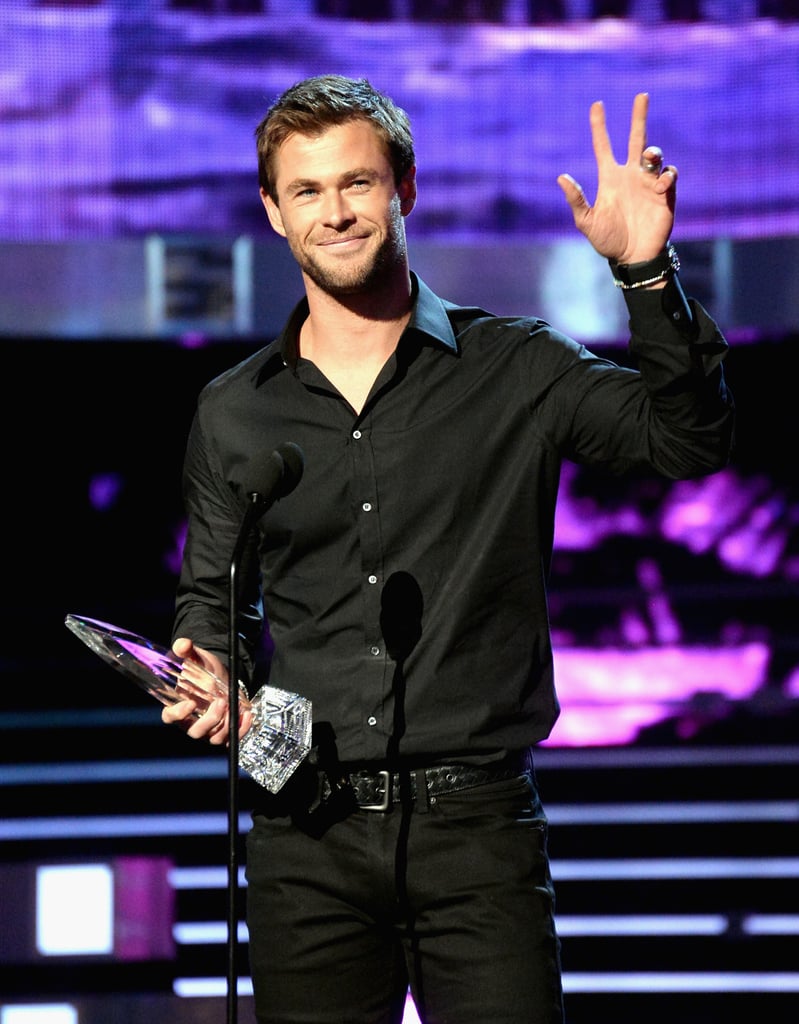 Award season is upon us, and on Wednesday night, Chris Hemsworth attended the People's Choice Awards in LA looking handsome as always after returning from his Christmas holiday down under. The Australian actor arrived solo and skipped the red carpet, but was in good company once he entered the Microsoft Theater. Inside, he mingled with Melissa McCarthy and the night's honoree, Ellen DeGeneres, and her wife, Portia De Rossi. At one point, Chris even took to the stage to accept the award for favorite action movie actor, beating out Chris Pratt, Dwayne Johnson, Robert Downey Jr., and Vin Diesel, who teared up while talking about Paul Walker on stage. During his speech, Chris thanked his fans for their support, saying, "Thank you for your support and letting me live out this dream." Keep reading to see pictures from Chris's night at the People's Choice Awards, and then check out the full list of winners.

Award Season
See All the Stars Who Turned Out For the 2020 BRIT Awards!
by Angela Law 3 days ago