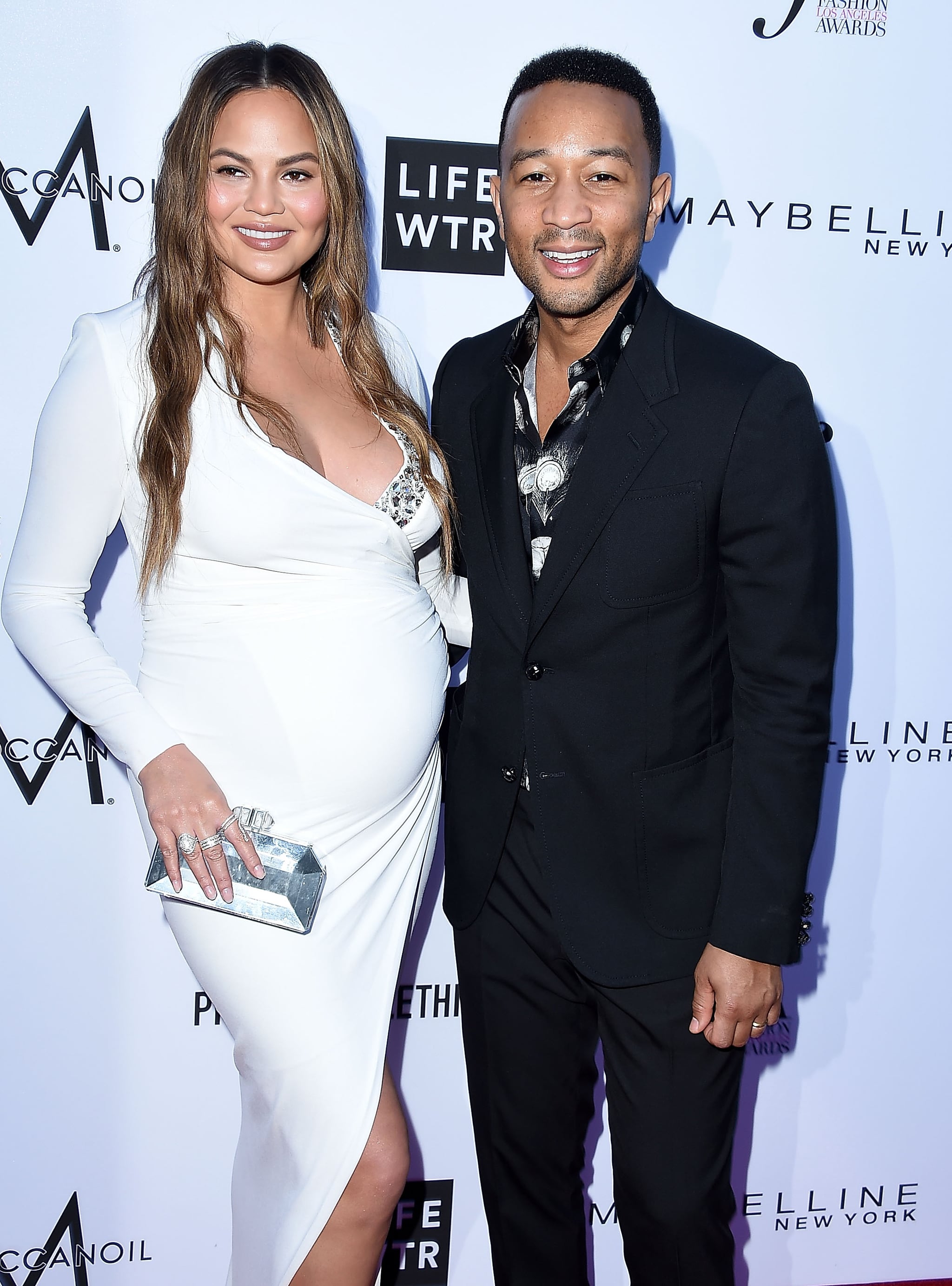 Chrissy Teigen and John Legend are now parents of two! Chrissy gave birth to their second child, a baby boy, on May 16, making them a sweet family of four. The 32-year-old announced the new arrival with a simple tweet saying "somebody's herrrrrrre!", which John quickly retweeted.

Although there's no name yet, we're sure the couple will share it in the sweetest way possible. Chrissy has shared a number of details about her pregnancy on social media, including her adorable pregnancy announcement featuring Luna, her recent Met Gala FOMO, and of course the extravagant baby shower Kim Kardashian threw for her.

Congrats to the family! We look forward to the inevitable adorable snaps of Luna and her new baby brother.

Ed Sheeran
Ed Sheeran Announces Birth of Second Child: "Over the Moon to Be a Family of 4"
by Eden Arielle Gordon 5 days ago