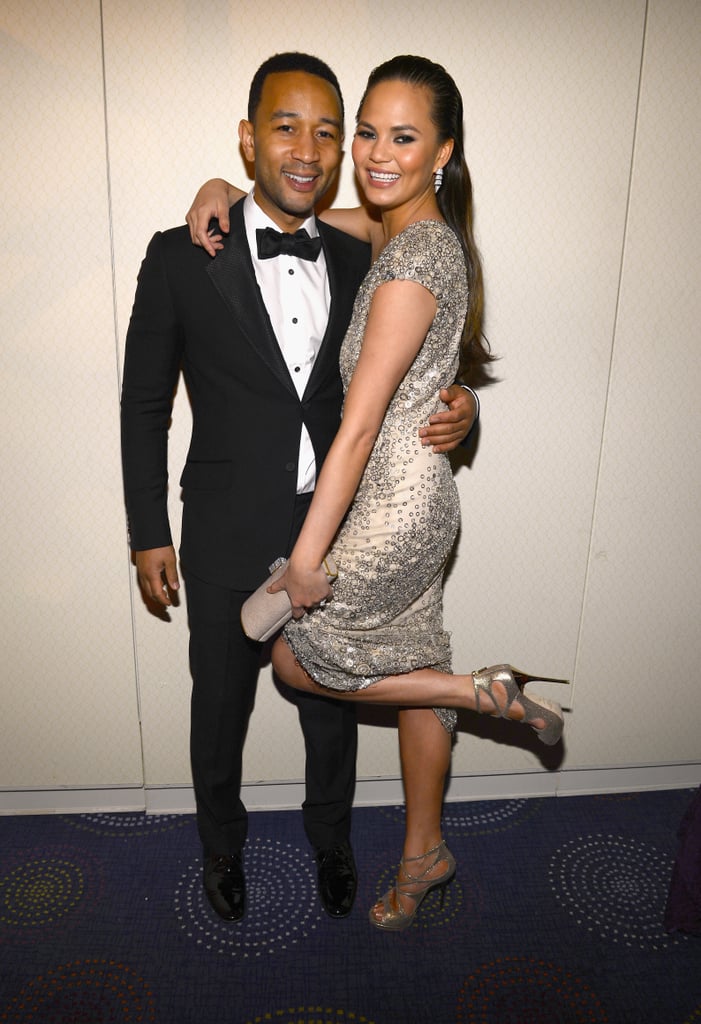 Chrissy Teigen and John Legend exchanged "I dos" in a lavish Italian ceremony in September 2013, and ever since then, they've brought new meaning to the term "relationship goals." While Chrissy admits to "pretending not to care" when she first met John on the set of his music video for "Stereo," she couldn't help gushing about him during an interview with Cosmopolitan magazine back in April 2014, saying, "I'm with someone who is totally secure in himself. He's not trying to be anything other than what he is. The confidence he has brings it to me." John also recently revealed on Twitter that the reason their relationship works is because "we support each other in everything that we do." See what other "aw"-inducing things the duo has said about each other, and then check out all the snaps we've already been spoiled with of their daughter Luna.