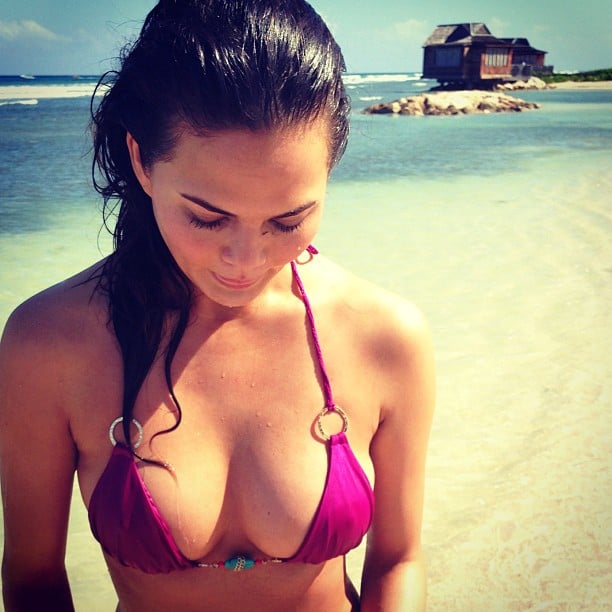 As a model and the wife of smooth singer John Legend, Chrissy Teigen is no stranger to sex appeal. She recently took to Instagram and revealed a sexy snap of her bikini bottom while vacationing with John, but while she's stunning, it's also her playfulness that makes her attractive. Chrissy's hilarious Twitter feed makes us laugh out loud, and she's known for her funny social media snaps that show off her goofy, refreshingly silly side. With this week's photo and a series of bikini selfies, take a look at some of Chrissy's sexiest Instagram snaps and her recent appearance at Leonardo DiCaprio's gala.