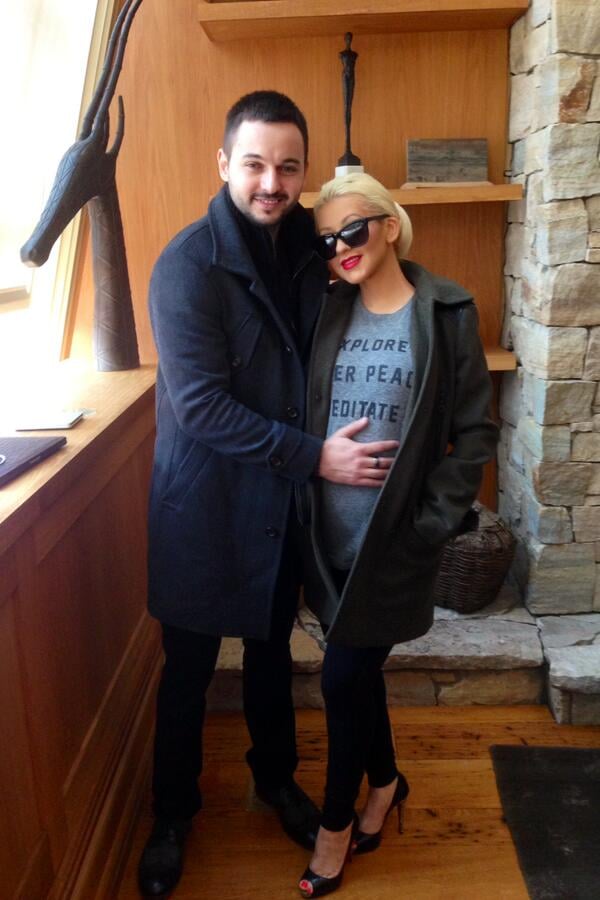 Christina Aguilera and her fiancé, Matthew Rutler, are expecting their first child together, and since the news was released in February, Christina's been keeping her growing belly under wraps. During a trip to NYC on Thursday, though, Christina shared a picture of herself with Matthew's hand on her bump with the caption, "Baby loves NYC." The couple, who got engaged during a Valentine's Day getaway, are reportedly expecting a girl. The baby will be Christina's second and will join Max, her son with former husband Jordan Bratman.

Celebrity Couples
Kaitlyn Bristowe and Jason Tartick Are Engaged: "It Was Everything I Could Have Asked For"
by Kelsie Gibson 5 hours ago

Celebrity Couples
Matt Damon Is Ready For a Ben Affleck and Jennifer Lopez Reunion: "I Hope It's True"
by Grayson Gilcrease 10 hours ago

Babies
Alexa and Carlos PenaVega Are Now Parents of 3! "Little Rio Could Not Wait to Come Out"
by Alessia Santoro 12 hours ago