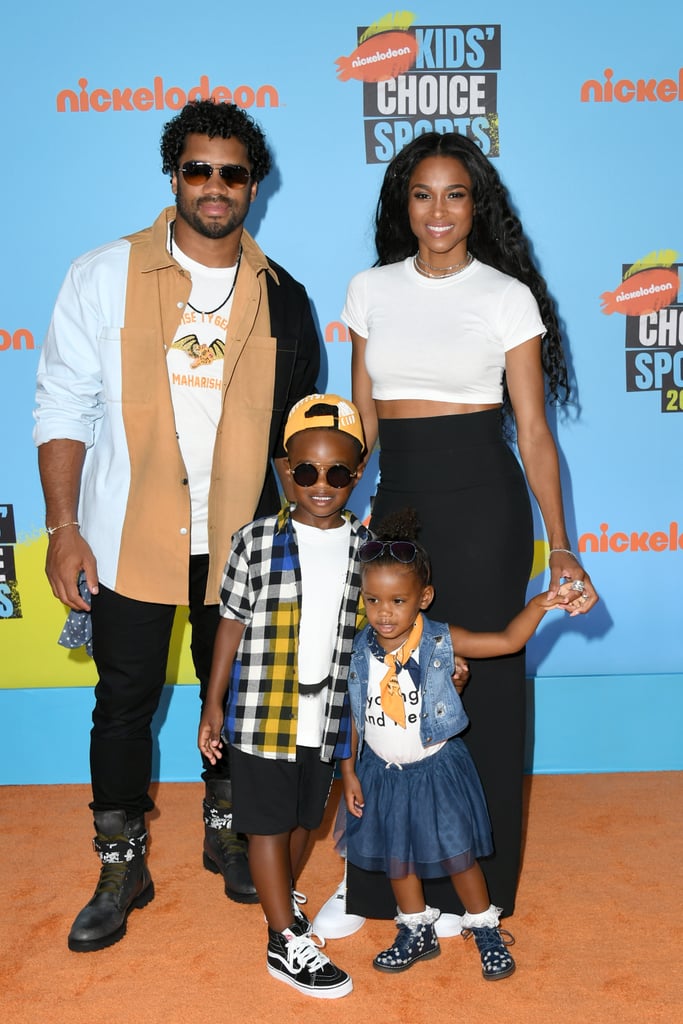 Ciara turned Thursday's Kids' Choice Sport Awards into a family affair when she arrived in Santa Monica, CA, with husband Russell Wilson, their 2-year-old daughter Sienna, and her 5-year-old son Future Jr. (whom she shares with rapper Future). The brood was the epitome of cool as they hit the red carpet in color-coordinated ensembles — check out Sienna's denim vest and Future Jr.'s sunglasses!

Ciara is set to perform a medley of her hits at the award show — which airs on Nickelodeon on Aug. 10 — while Russell previously hosted the show for three years, from 2015 to 2017. "The Kids' Choice Sports Awards are always fun, we bring the whole family," Ciara told Billboard. "The kids have been able to see Russell on the stage over the years so I'm excited for them to see me performing on the stage this year!" Ciara and Russell's fun-filled family outing comes a day after the couple steamed up the ESPYs. See more of Ciara and Russell's beautiful brood ahead!

Related:
This Clip of Ciara and Little Future Dancing to Her New Song Might as Well Be a Music Video
Previous Next Start Slideshow
Red CarpetCiaraRussell WilsonCelebrity FamiliesAward SeasonCelebrity KidsKids' Choice Awards