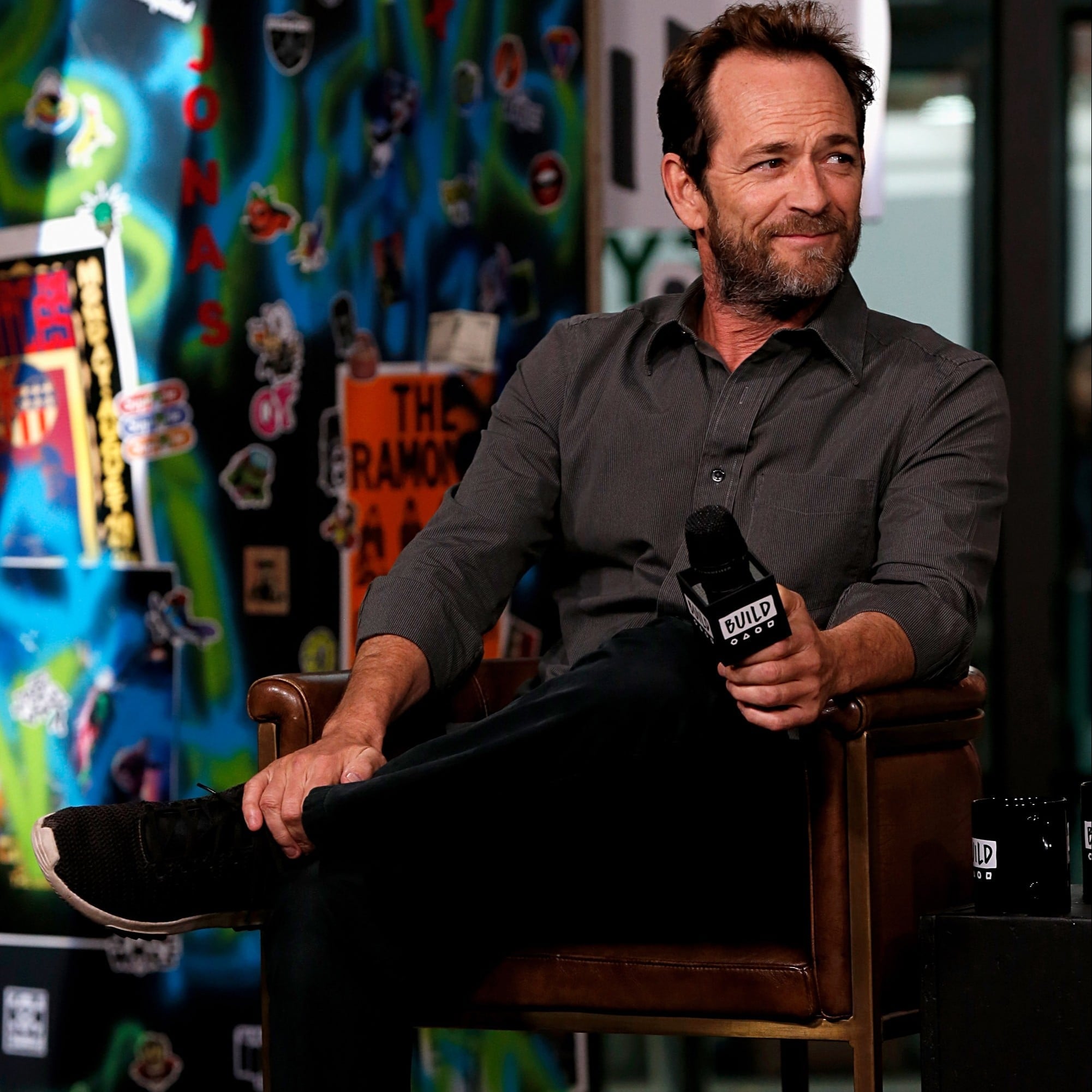 Colin Hanks only met Luke Perry once, but their interaction definitely made a significant impact. Following Luke's death on March 4, Colin joined the celebrities paying tribute to the Beverly Hills 90210 actor and reflected on their happenstance meeting on an airplane.

In an Instagram post, Colin shared his memory from a flight he and his wife took back from Mexico. A couple of brothers were "beating the hell out of each other," and their parents were helpless to stop the yelling and screaming. "If you're a parent you understand," Colin wrote. "Sometimes there's nothing you can do." He said the ruckus went on for about two hours and came to a peak about 10 minutes before landing. That's when a stranger stepped in with a clever solution.

"Out of no where, a man comes from first class. Hat, beard, sunglasses, blowing up a balloon. He ties it off, hands it off like he's holding out a sword to a king. Kneeling, Head down, arms up. Kids calm down in milliseconds. Plane damn near bursts into applause," Colin wrote.

"Finally get a good look at the guy and I say to my wife 'Holy sh*t. I think that balloon man/hero is Luke Perry'. As luck would have it we end up standing next to each other," he continued. Colin and Luke exchanged compliments, and Colin commended him on the techniques he used to calm the young kids.

"He tells me he always flies with a couple of balloons for that very reason, to give to screaming kids. Don't know if that's true, but have no reason to believe it wasn't . . . I'm gotta start traveling with some spare balloons."