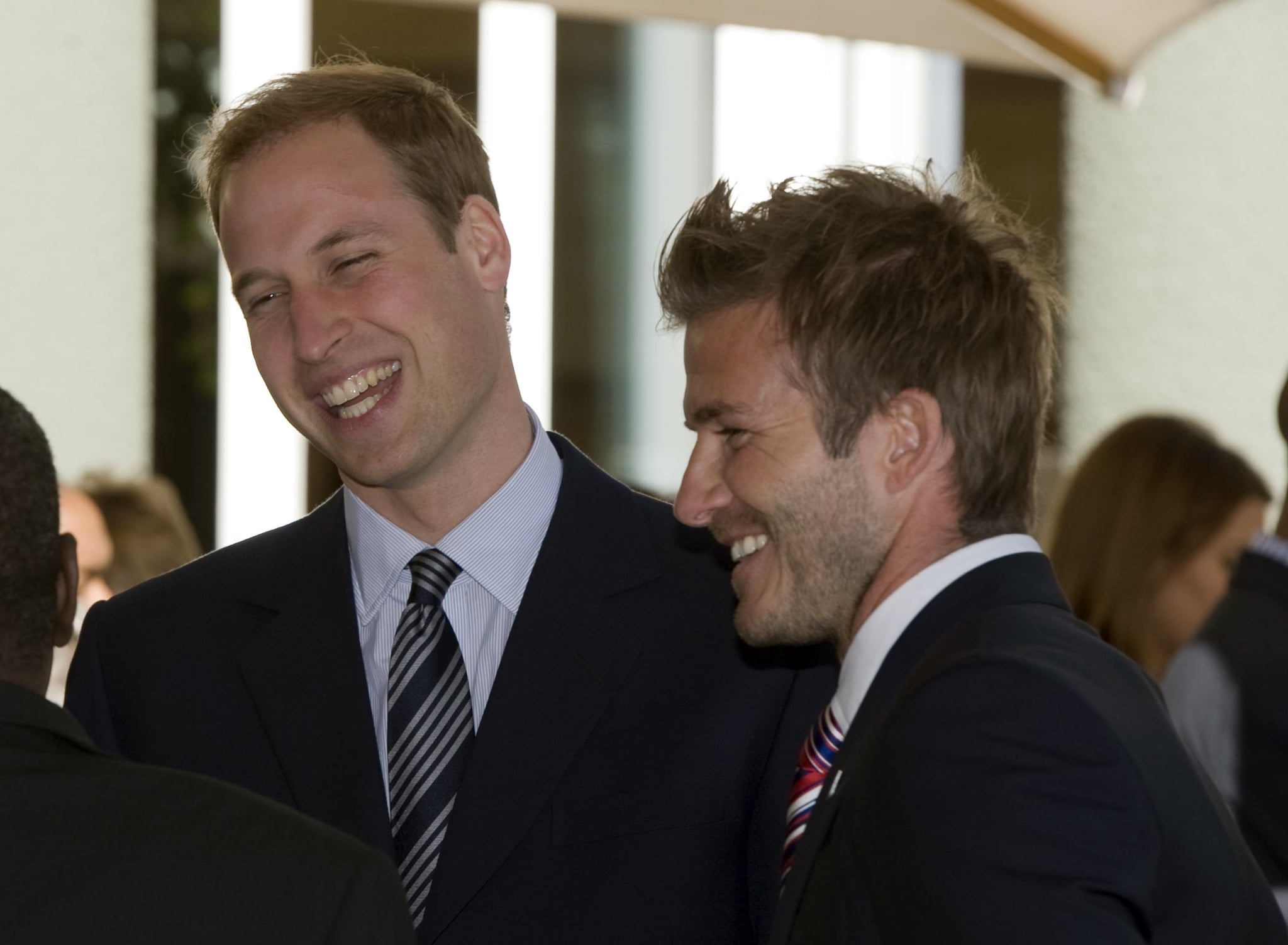 Everyone is keen to congratulate Prince William and Kate Middleton on the arrival of their newborn son, and sporting royalty David Beckham is no exception. He took to Instagram to share an old photo of him with Prince William, with the sweet caption: "Congratulations to William and Kate on bringing another beautiful boy into this world, plus congratulations to the whole family." Cute!

William and David were in South Africa with FIFA in 2010 when this photo was taken, years before William was even a dad (though the Beckhams already had three sons by this time). David has formed quite a bond with William and his brother Harry over the years. They're not exactly getting together on a Friday night for pizza and video games, but their paths have crossed many times, and it seems pretty clear they get on well. The Beckhams were at William & Kate's wedding in 2011, and it's thought they'll also be at Harry and Meghan's celebrations in May. Victoria's not designing the wedding dress (we still don't know who is), but something tells us she's currently shopping for a new hat! 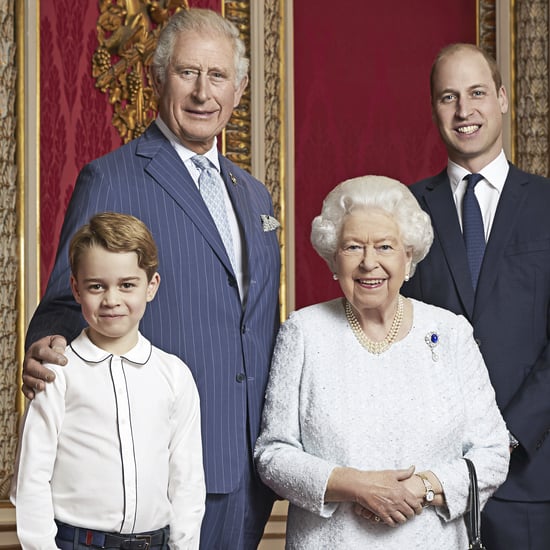 The Royals
Prince George Poses Alongside the Queen, Charles, and William in New Royal Portrait
by Monica Sisavat 3 weeks ago